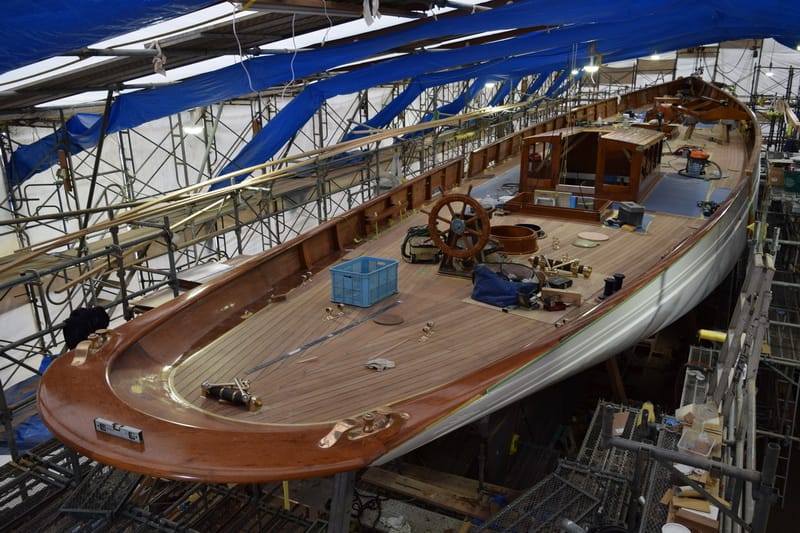 At the beginning of the week, Paul and Ben went over the schedule at a general meeting. Things have been very busy over the last weeks, and that will continue. The changes are much more visible than previously. One day, for example, there is no name on the stern; then what seems like the next day, it is there beautifully carved by Paul.

Jesper and Nico applied the first of many top coats on the hull with rollers, which was closely followed by Paul and Bill with brushes. Then the Japanese team members sanded before the second coat was applied. This is repeated, and the hull becomes glossier with each application.

Chuck, Nat and Nikki, the rigging team, have been attaching the hardware to the masts and booms. Along with new mast bands, they are using some of the original ones, which have amazingly retained their strength after almost 100 years of service.

Richard has been working on the gates in the bulwark, and attaching the bronze fittings that allow them to work smoothly. Mattis has been doing the painstaking work on the roof of the deck house, a high-profile assignment.

As Cynara nears completion, she’s getting attention from the press, domestic and international. Mid-week saw a team from NHK, the national broadcaster, filming interviews with Paul, Chuck, and some of the other team members. On Friday, Richard Lloyd Parry, Asia editor of The Times (UK), visited. His article on Cynara appeared in the weekend edition of the newspaper. 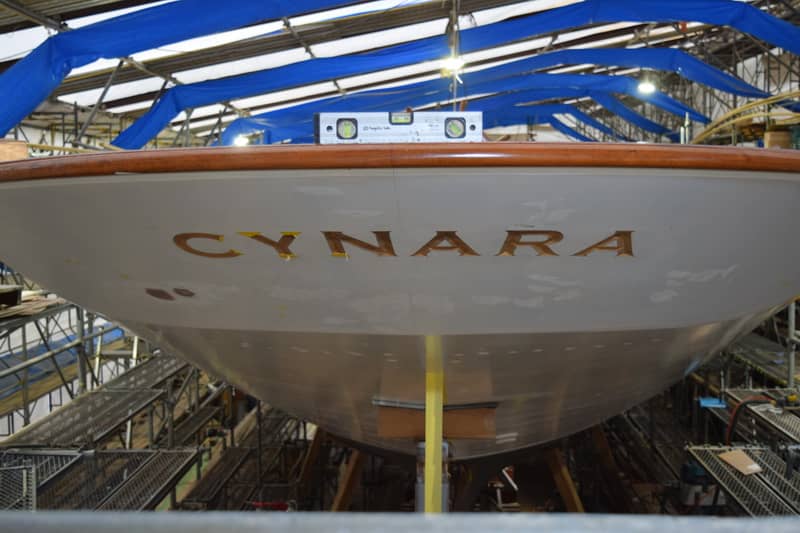 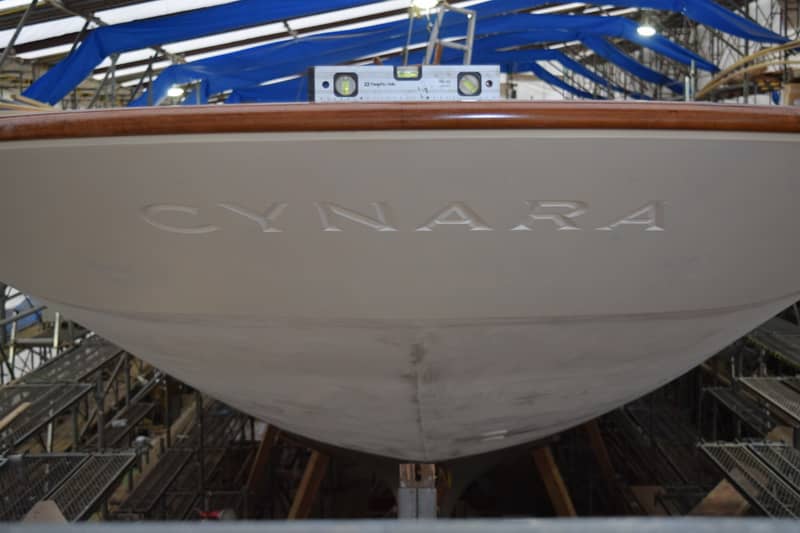 The beautiful carving of the name Cynara before painting (top) and after (above). It will later be gilded in gold. 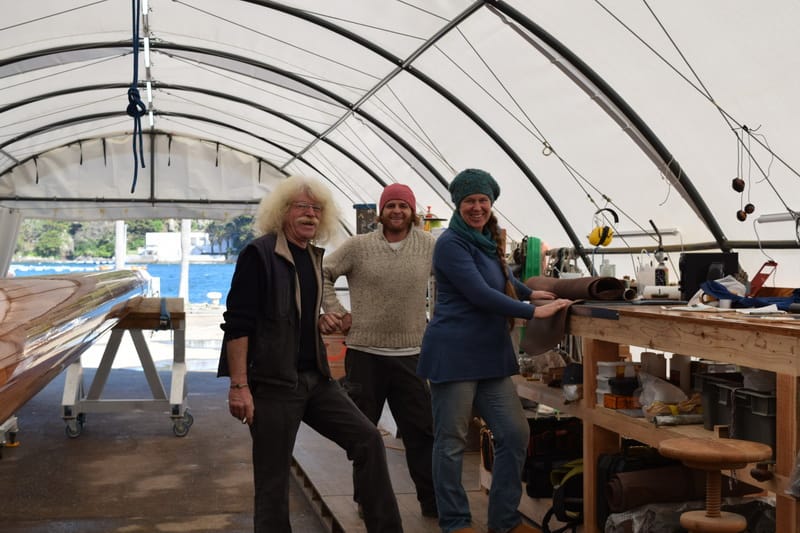 Chuck and Nat of the rigging team have been joined by Nikki. 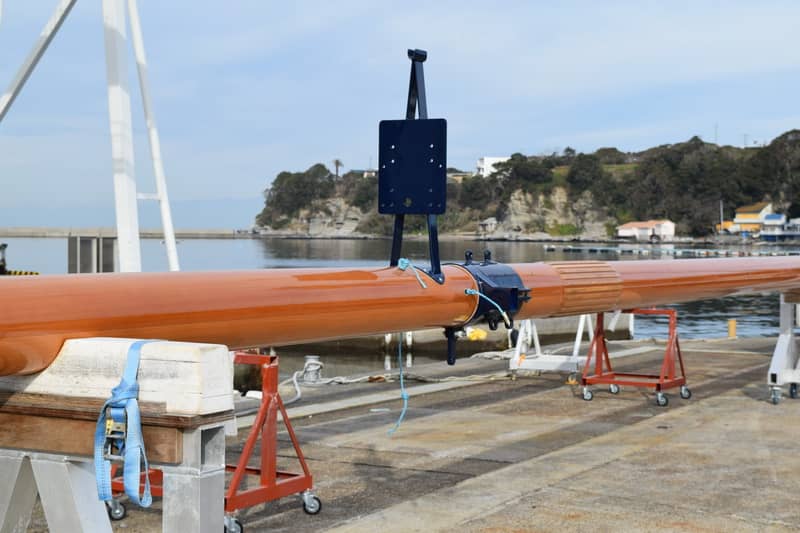 The rigging team is beginning to attach hardware to the mast and booms. 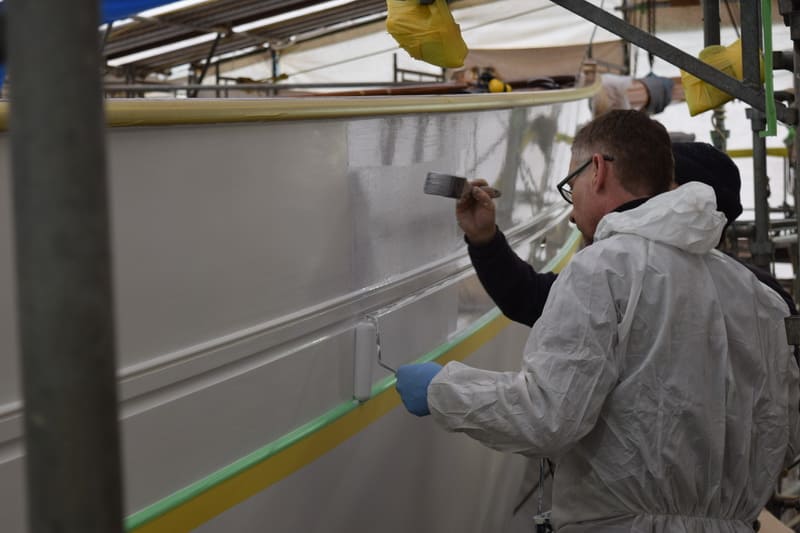 Jesper add another coat with a roller as Paul (hidden) follows with a brush to ensure the glossiest finish possible.