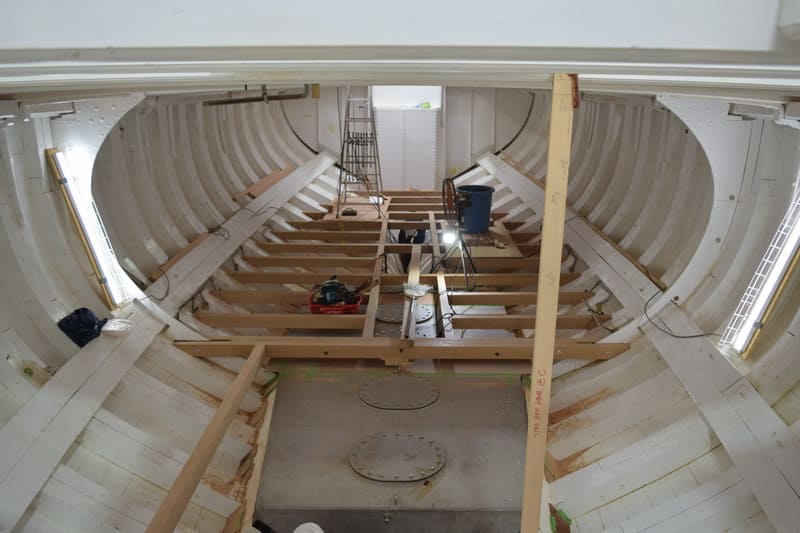 We started preparing for laying the teak deck today. Cleaning the entire inside of the tent and inside the ship. We’ll install the sole, or floor, this week so that we can proceed with the electrical wiring work. 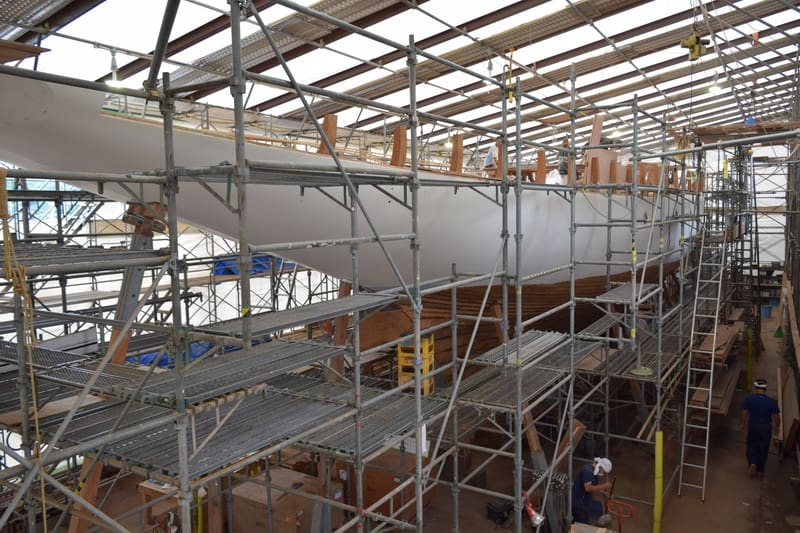 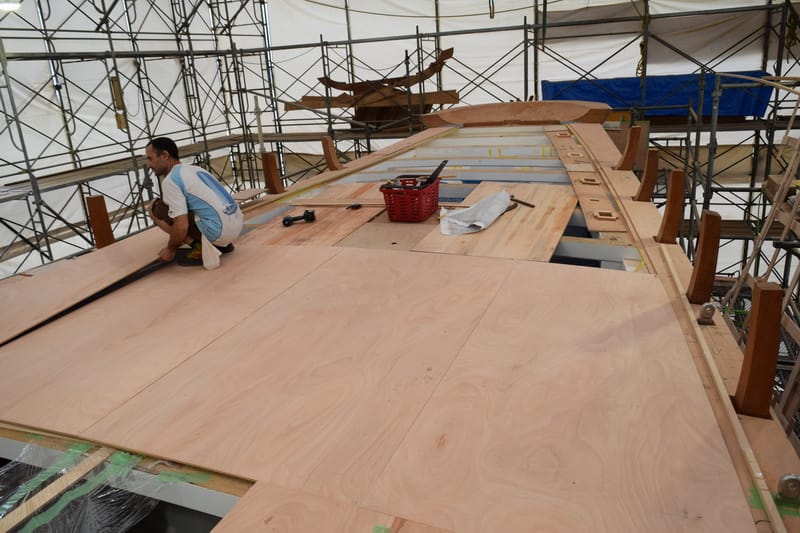 And work on the subdeck picked up the pace. 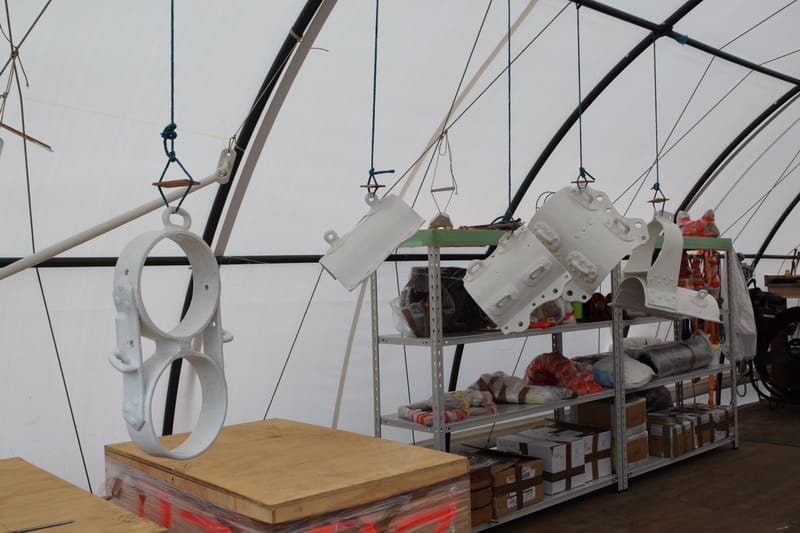 Mast fittings are drying after receiving a coat of paint. 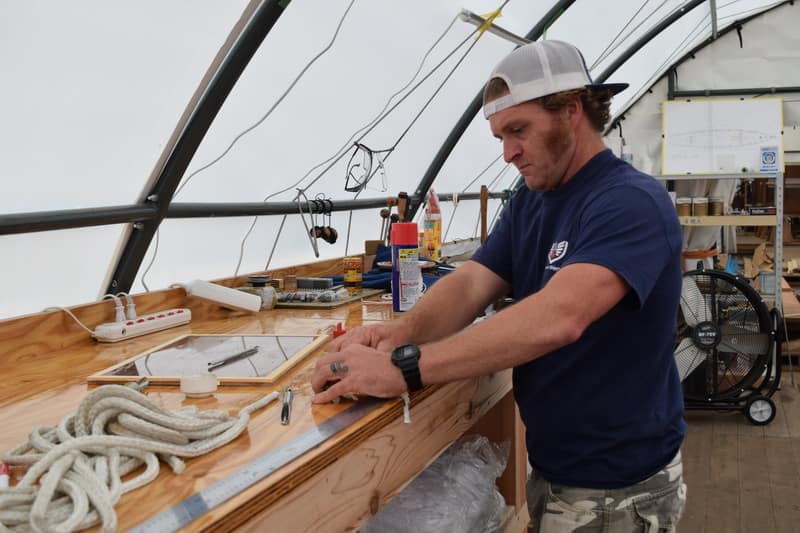 The wires that support the mast have arrived and Nat’s preparing to start work on them. 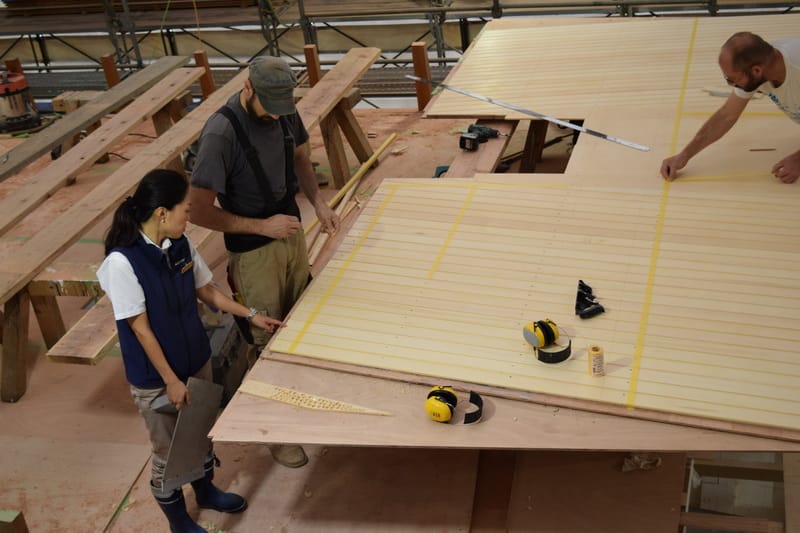 Takamiya is talking to Nico and Lewis about their work on the subdeck. 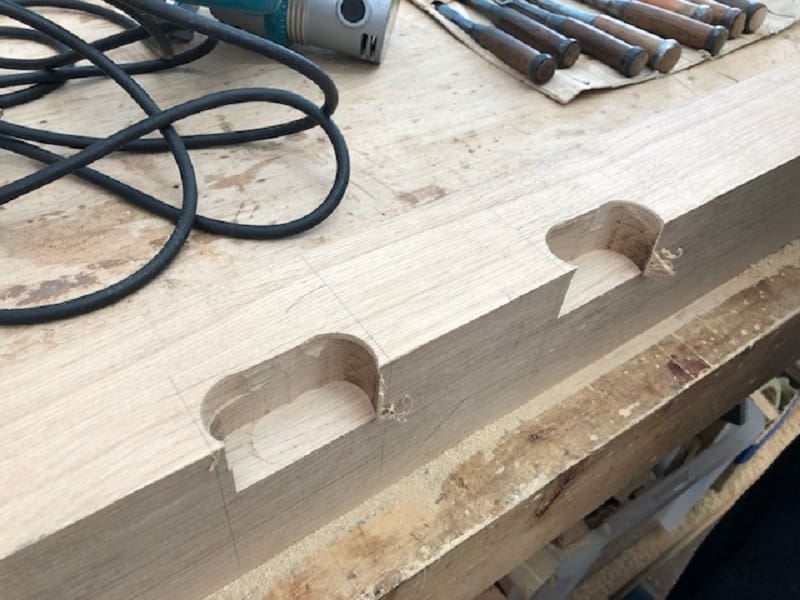 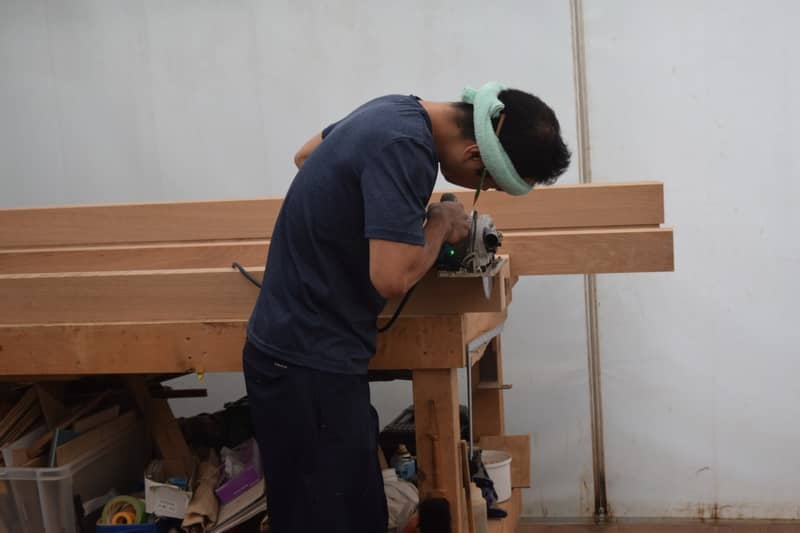 The sole bearers have joints in them where fore and aft beams meet beams athwartship, or across the width of the boat. They are half laps and a router is used to remove material and then the corners are squared off with a chisel. 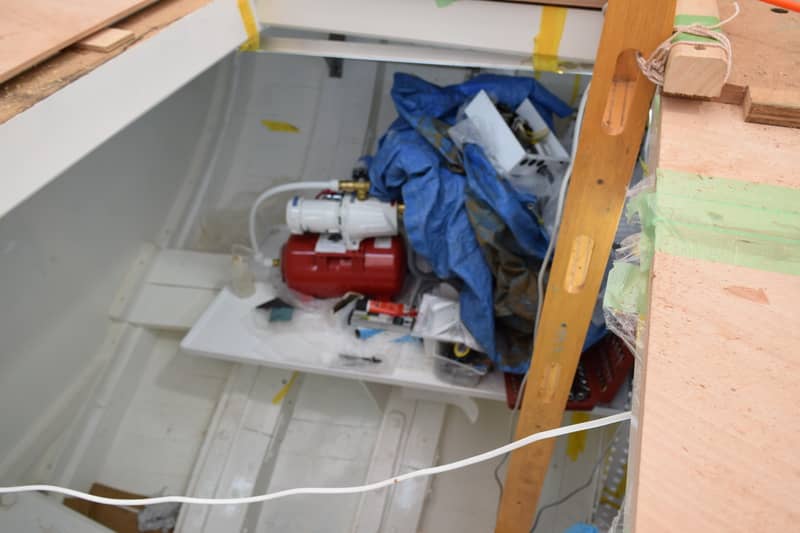 Stainless steel brackets were custom made to carry the hot water tanks in the engine room. This is where the fuel tanks were originally but they are now in the main bilge. 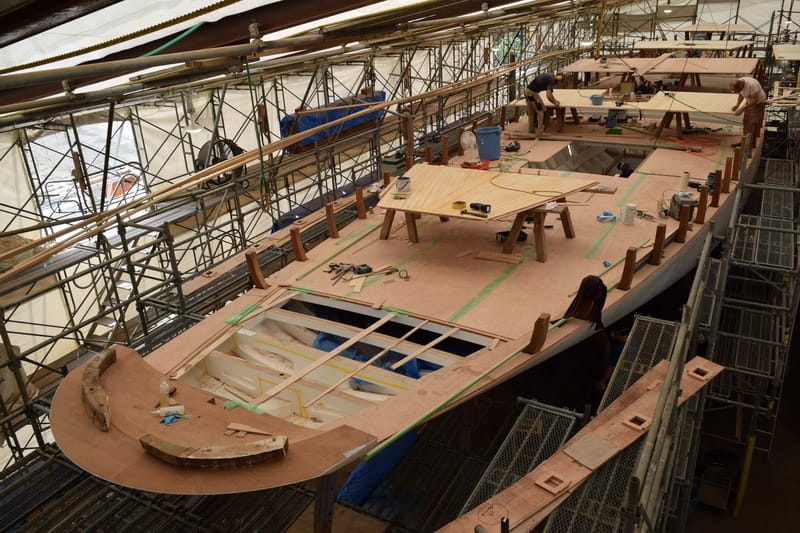 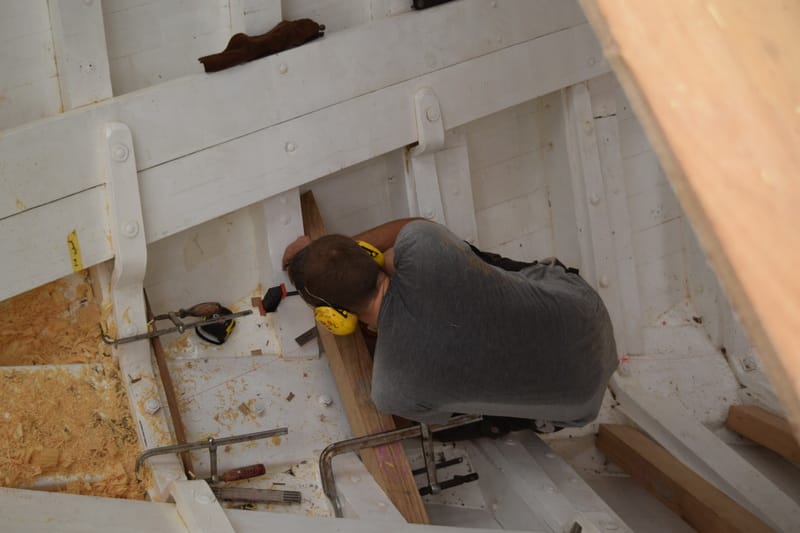 Mattis has been working on the sole bearers since yesterday with Kawashima. 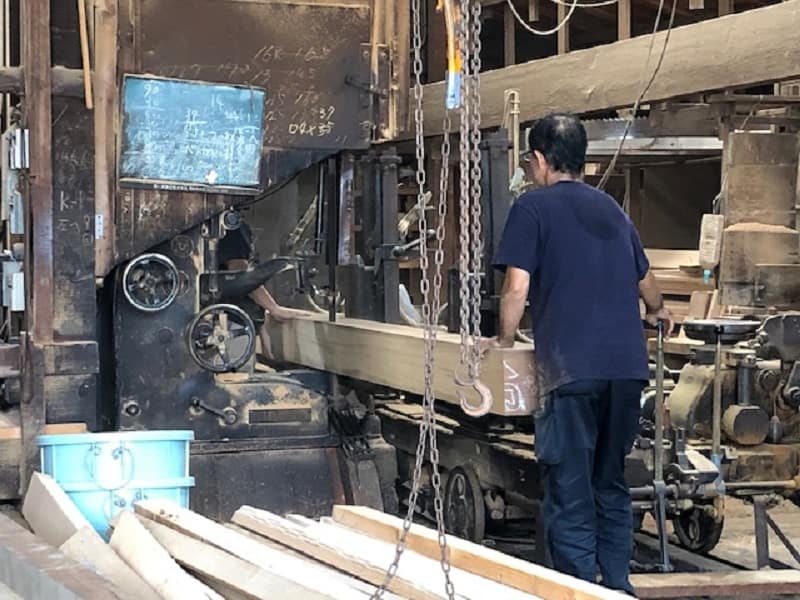 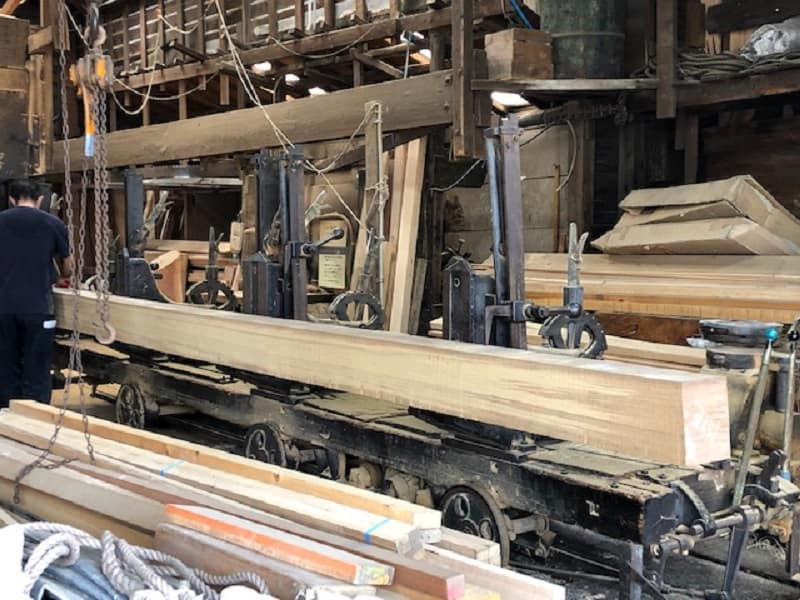 At Matsui, a local lumberyard, we had the teak material we bought last year cut for coverboards, king planks, capping rails, washboards, bulwarks and more. While we were there, we cut several pieces. Depending on the grain of the timber and what was revealed during sawing, we would sometimes cut one piece of teak into two separate items. The machines that Matsui uses are very old but still working perfectly. Large sections are placed on an iron bed which runs on rails and drawn through a large bandsaw. 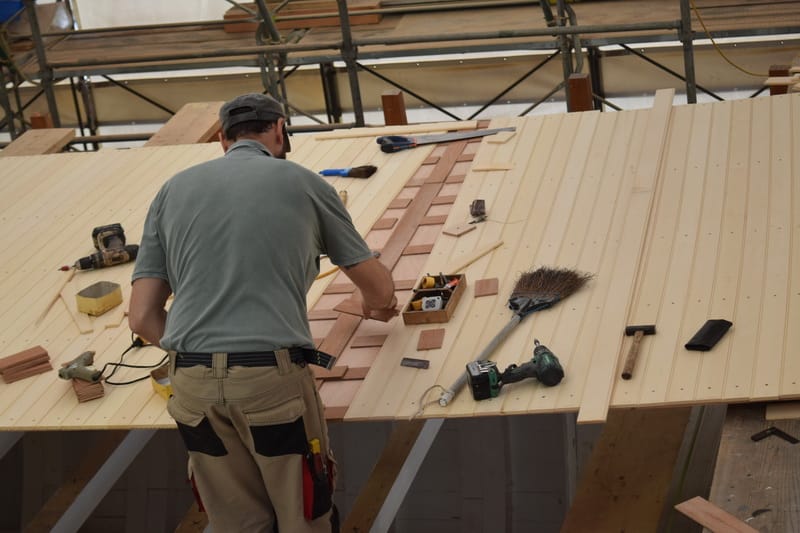 Nico sets out the king plank for the cedar deck lining. 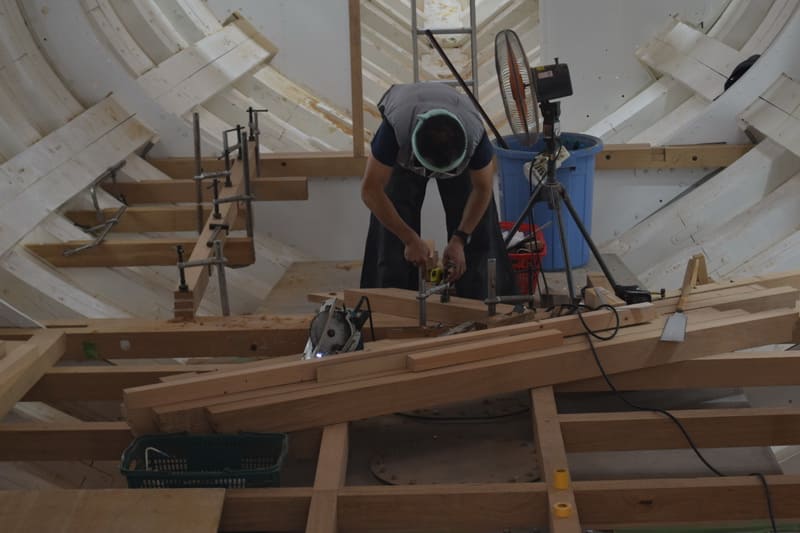 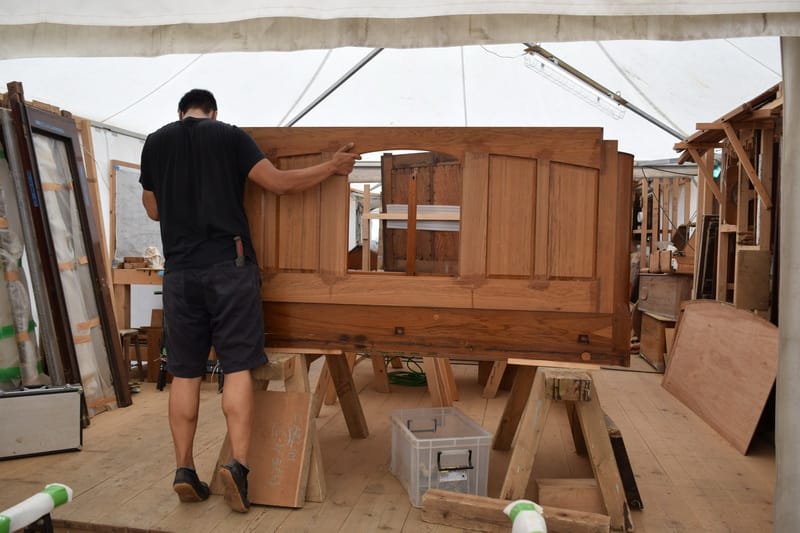 Paul and Ben praised the work Hashimoto has done on the deckhouse.