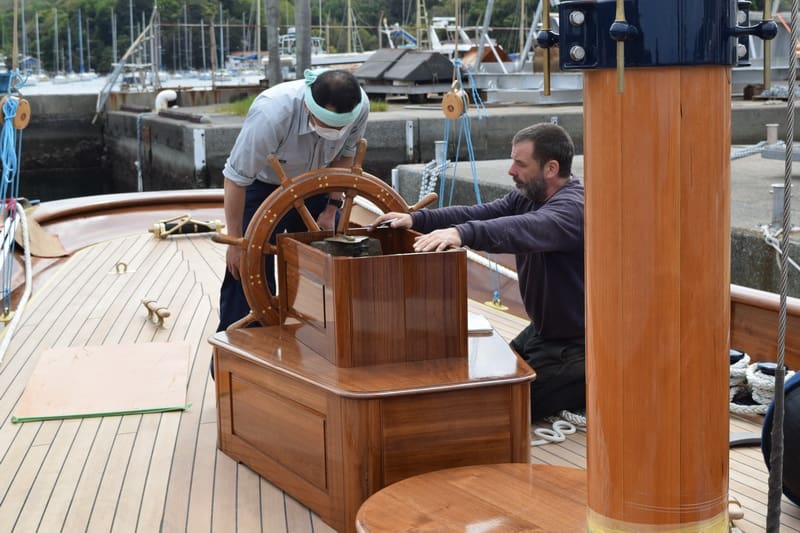 It rained all day on Monday the 20th, but that didn’t really slow down the work on the interior, as the shipwrights continued work in the tent and below deck. Generally speaking, one carpenter focuses on one task—bunks, for example, or vents. This way, the work on each cabin progresses at similar rates, and each item is being done the same way. It’s easy to see the progress as the floor, walls and furniture take shape. It often seems like there is a carpenter in every room: the two aft guest cabins, the port-side midship guest cabin, the starboard stateroom, the saloon, galley, captain’s cabin and the crew’s cabin.

Just like with most Japanese carpentry, the joinery work on Cynara’s furniture is being done without nails or screws, and there are a number of techniques used, both original and new. Mattis showed us one piece in which several different joinery methods are used for the corners (see the photos below).

Yesterday, Chuck and Nat took turns climbing the main mast to extend it to its maximum height. From 20 meters above deck, they had an excellent view of Mt. Fuji. Today was taken up with adjustments and tuning the rig. We also started the engine for the first time. The new three-bladed folding propeller provided good thrust and will be much better than the old one, which resulted in considerable drag.

Lead shipwright Paul left the construction of the cover for the elegant wooden box that houses the steering quadrant and gears for later. After confirming that the length of the steering and throttle cables are correct, he could finally measure the hole for the installation of the control levers (top photo). Kawashima has now started cutting a hole in the box for the wheel axle following Paul’s instructions. The top is still temporary, while Ian fits the cables, but will be done soon.

Outside, Saito and Fujita took an inflatable around Cynara to clean the topsides, whose white surface shows dirt easily. After a complete circuit of the boat, her topsides were gleaming again. Keeping her looking shipshape is an ongoing task. 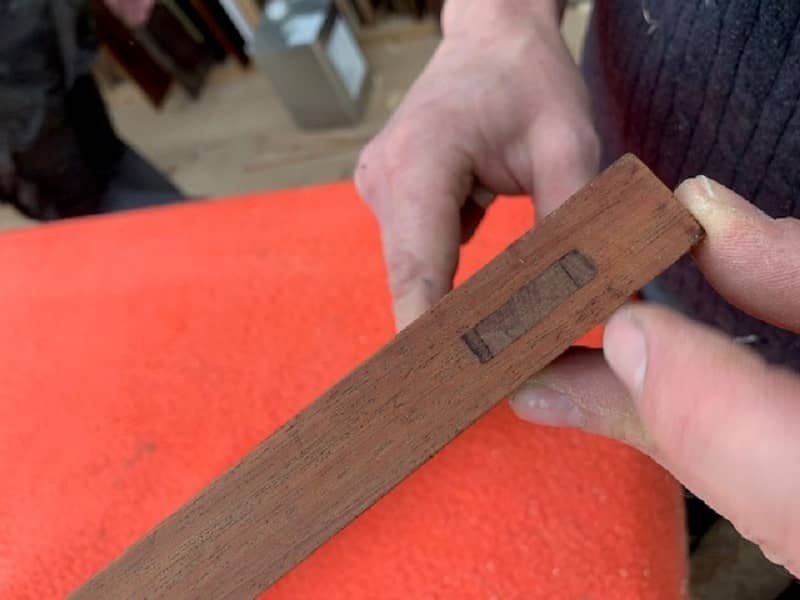 Above and below: Mattis shows different joinery techniques used on one frame of the furniture: double wedges, a single wedge, and a wedge down the center of the tenon. 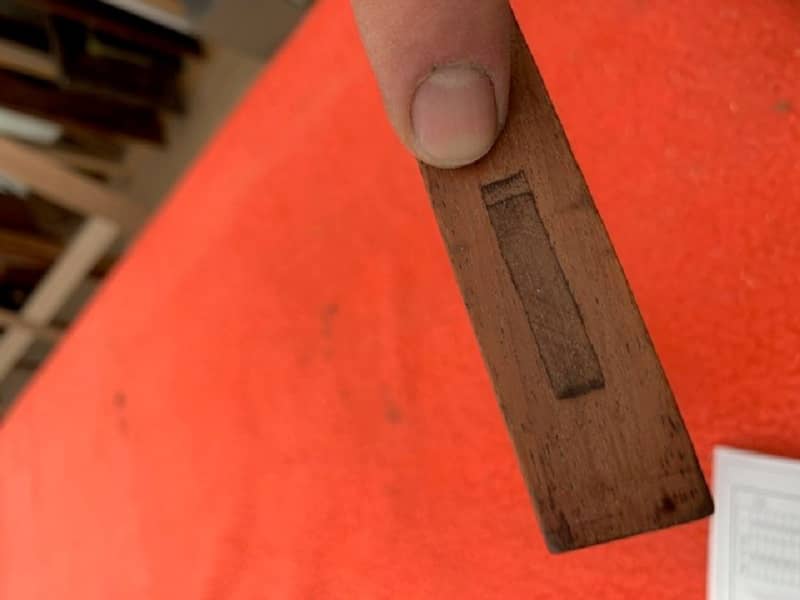 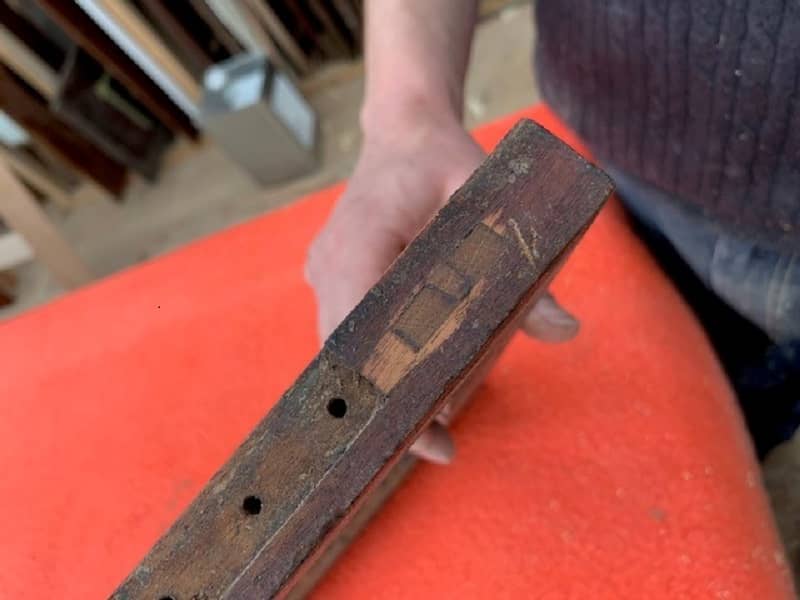 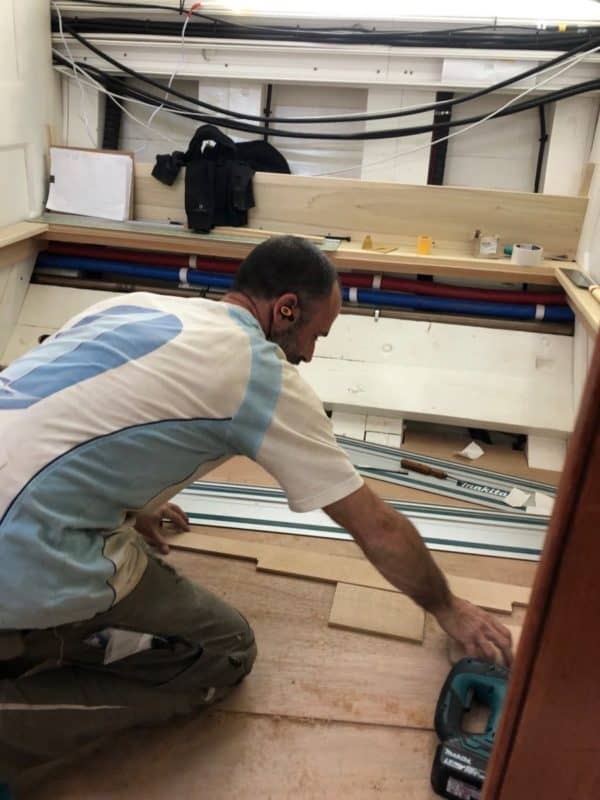 Above: Richard putting in some of the oak flooring.

Below: Niko working on one of the cabin’s shower walls, and Mattis focused on the frame for the sofa in the saloon. 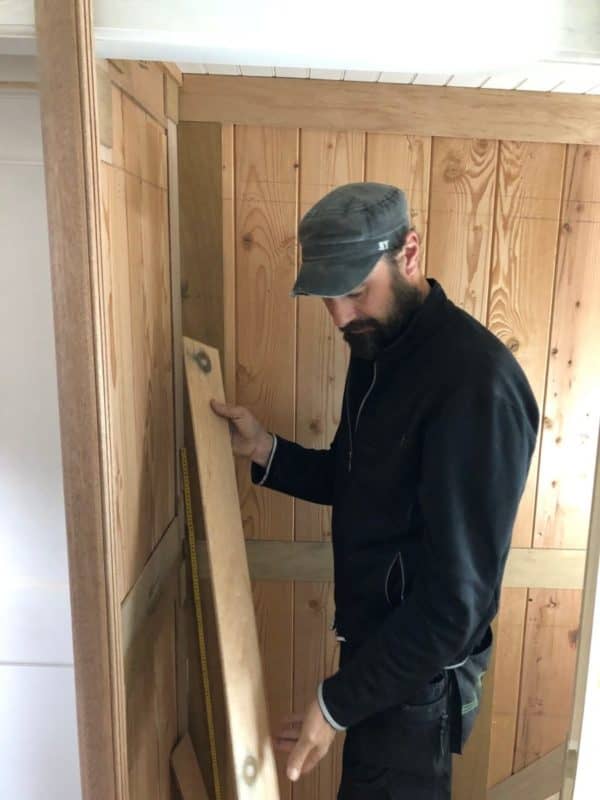 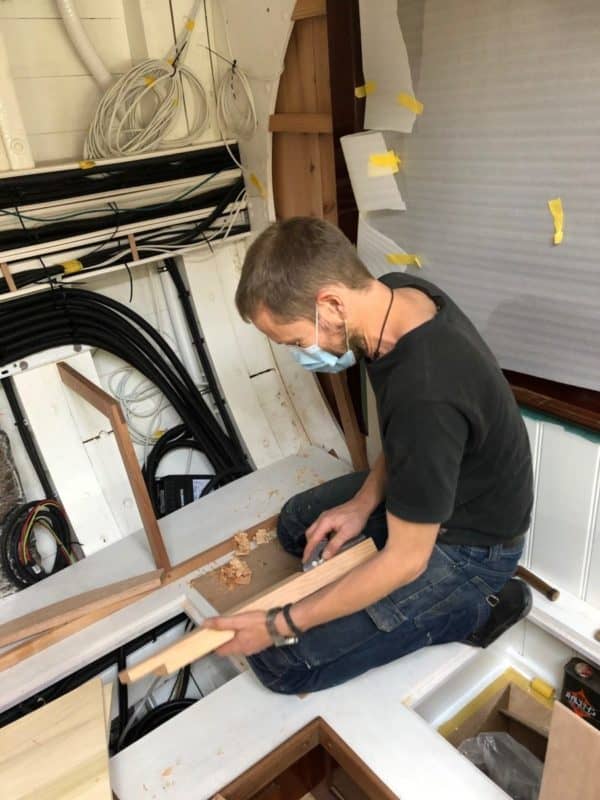 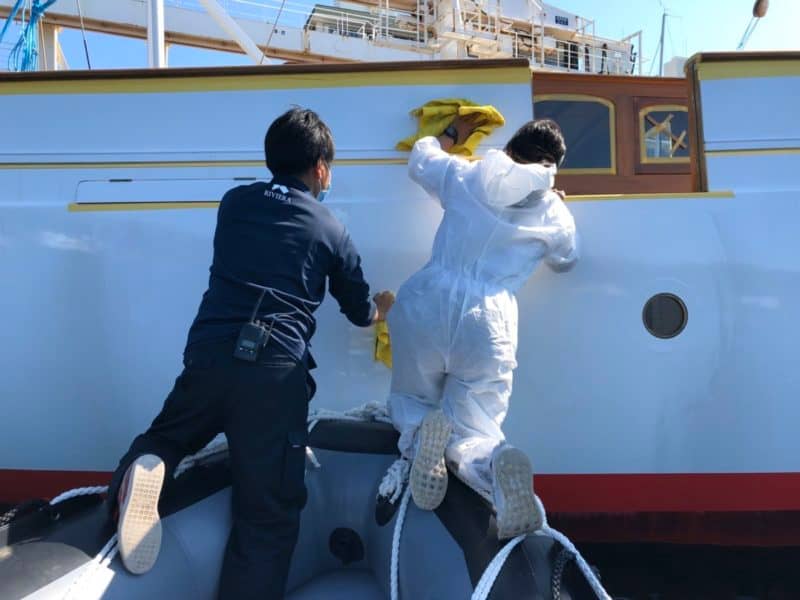 Saito and Fujita washed, rinsed and polished the topsides after the rain. Before long they had Cynara’s topsides—which were marked by stains from rainwater draining out of the scuppers (below)—gleaming again (bottom). 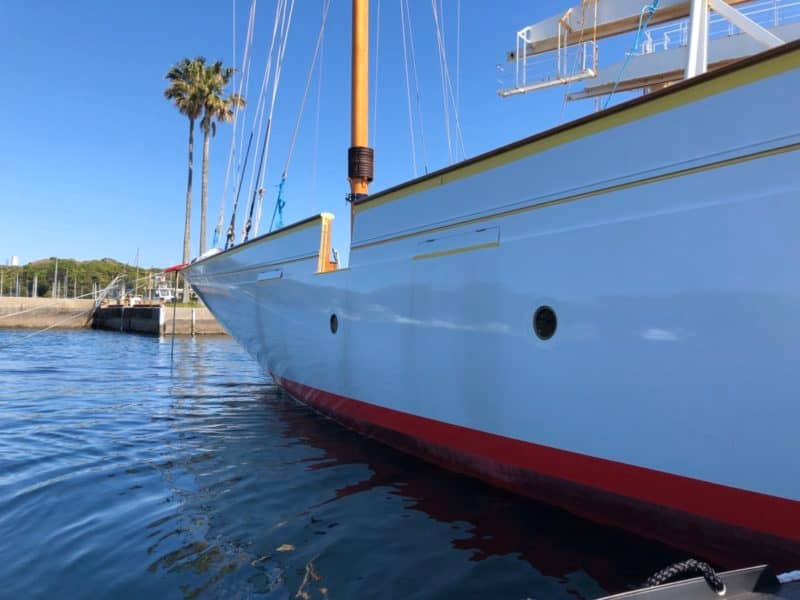 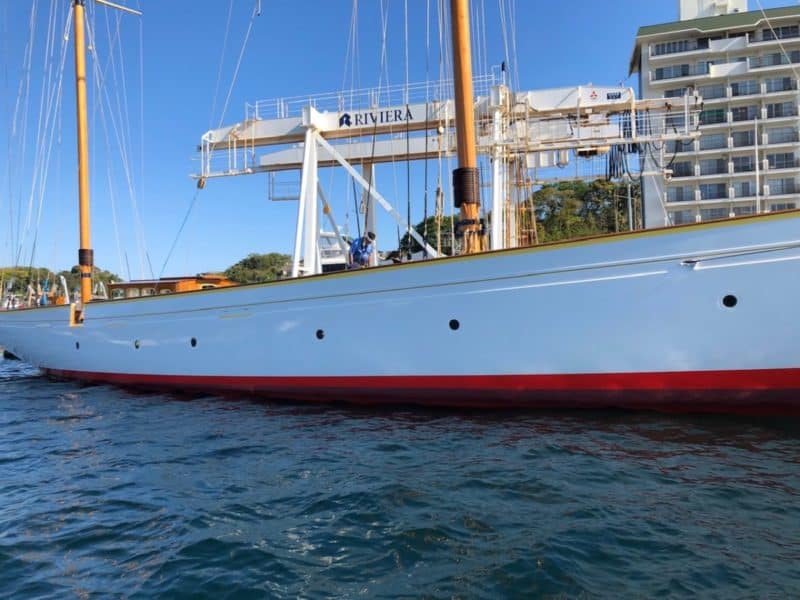