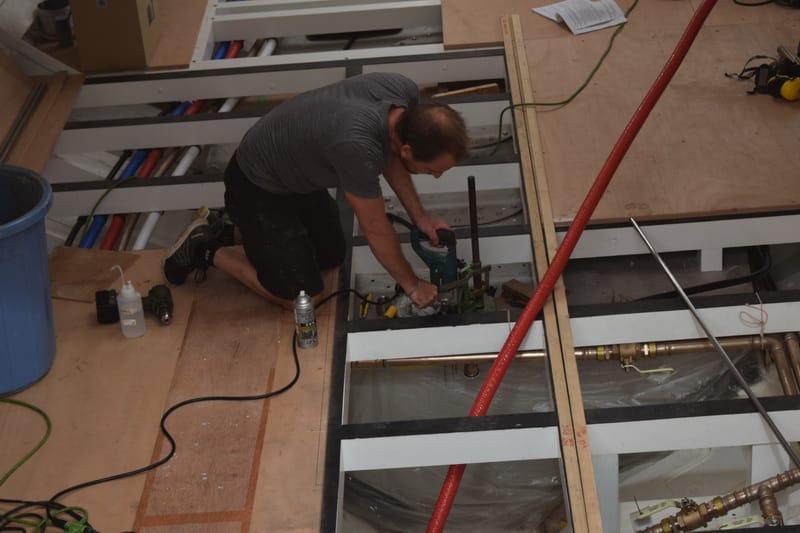 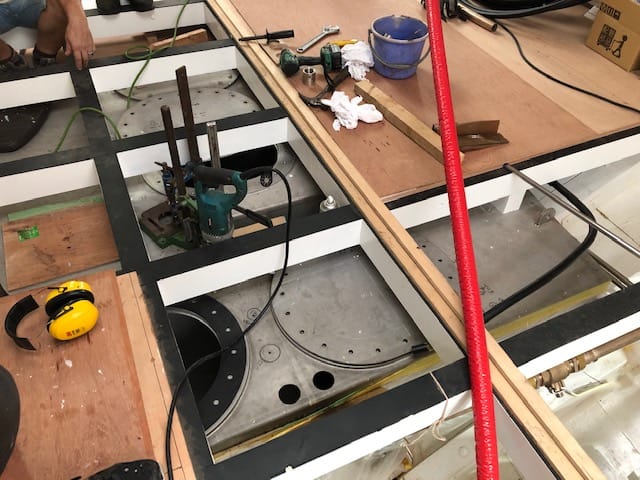 Ben has started drilling holes through the 6mm thick stainless steel of the fuel tank to attach a fuel level sensor and air vents. 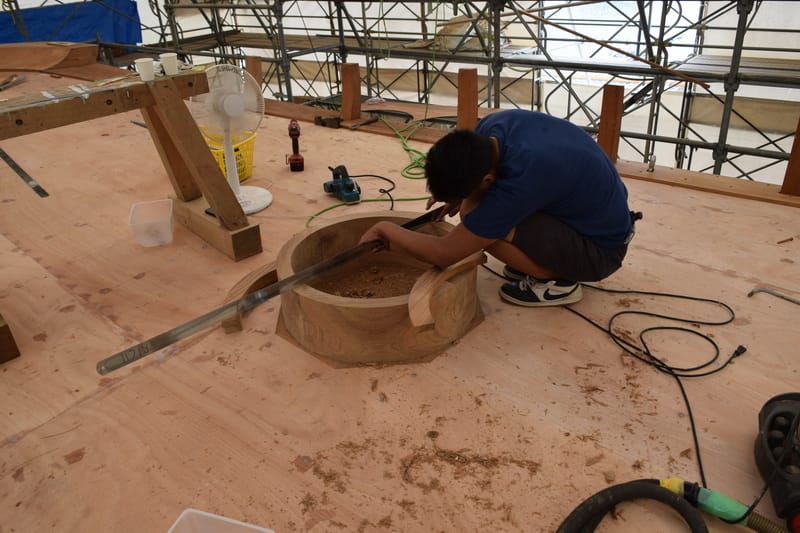 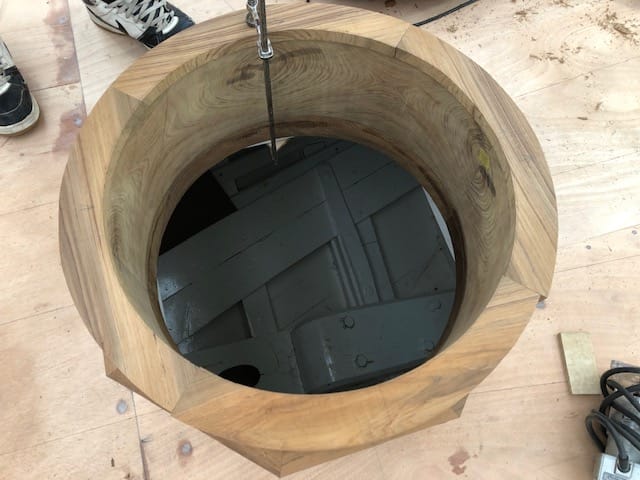 The cylindrical hatch to the anchor locker is now in the installation stage. 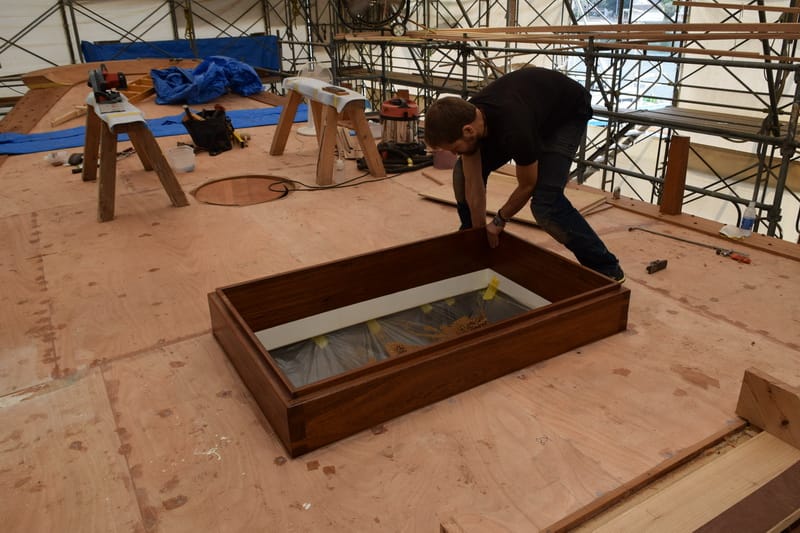 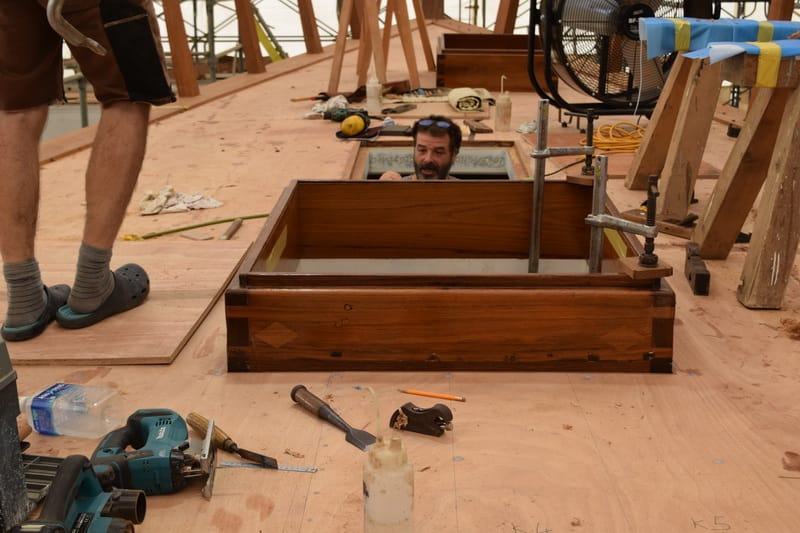 (Above) The base of the galley skylight that  we’ve been restoring in the neighboring tent has been moved for installation on the deck.

Paul began work on cutting the ship’s O.N. number (the Official Number found in the Lloyds register) into the beam at the crew companionway. 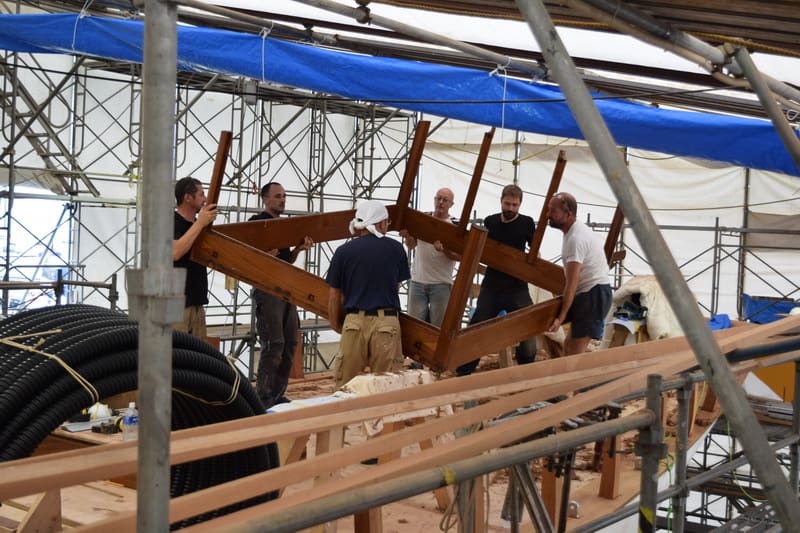 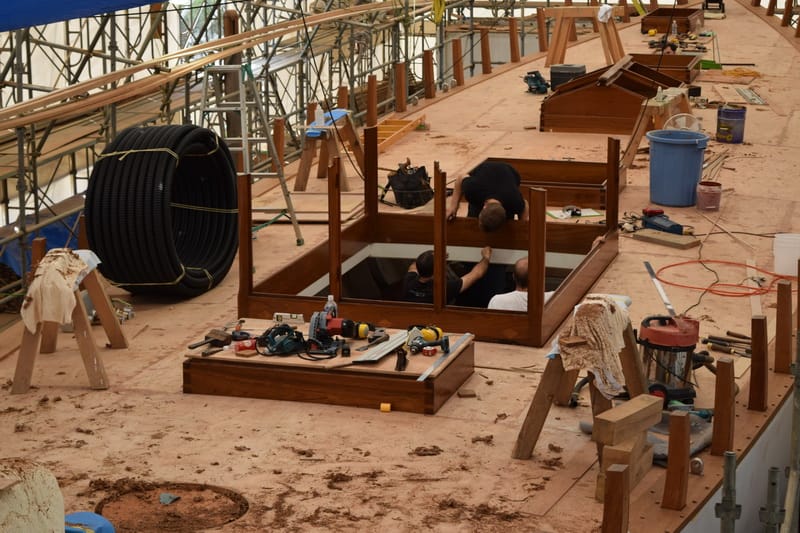 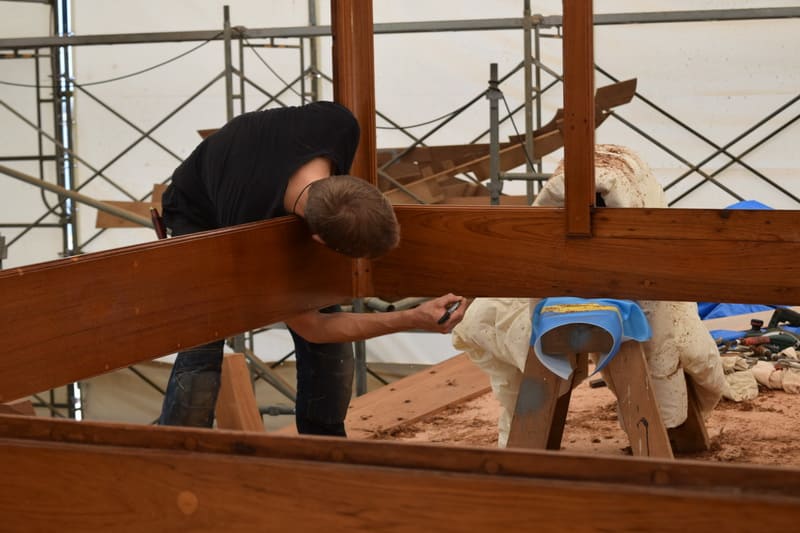 Along with the bases of other hatches, the deckhouse frame was placed on the deck, its position was checked and fine adjustments began. Suddenly the deck has become three dimensional. 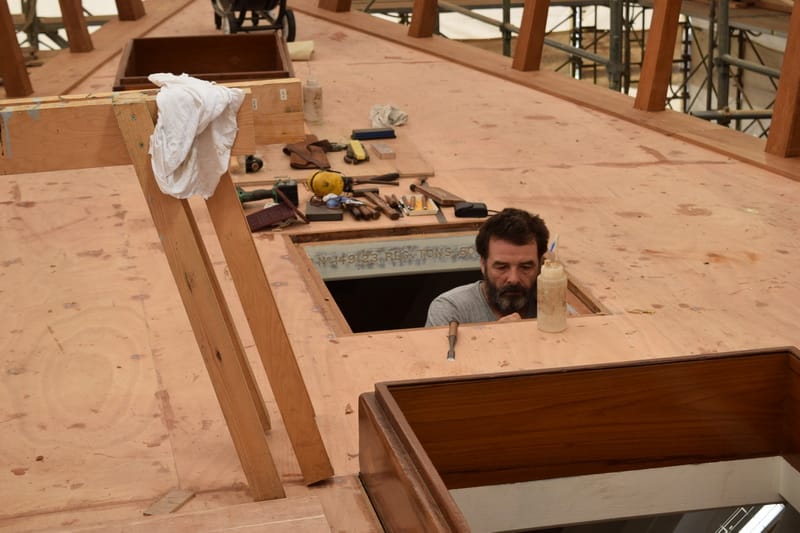 Paul continues the engraving work (which we’ll show you in a later entry). 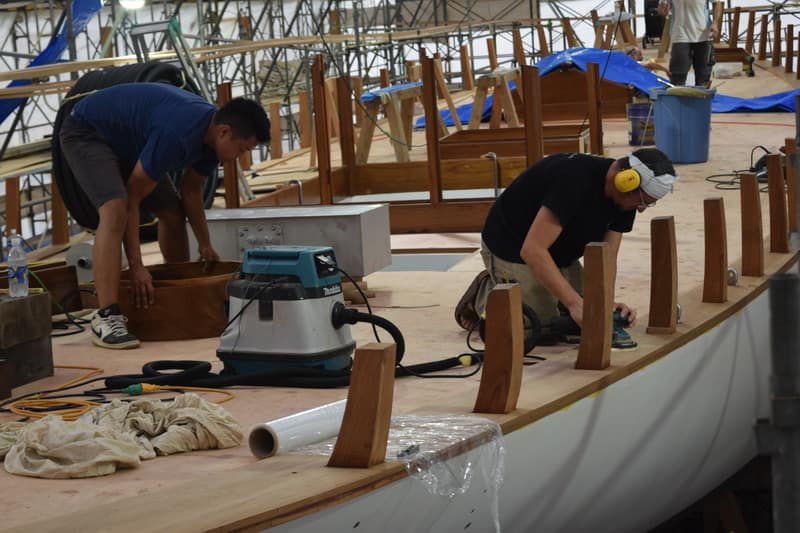 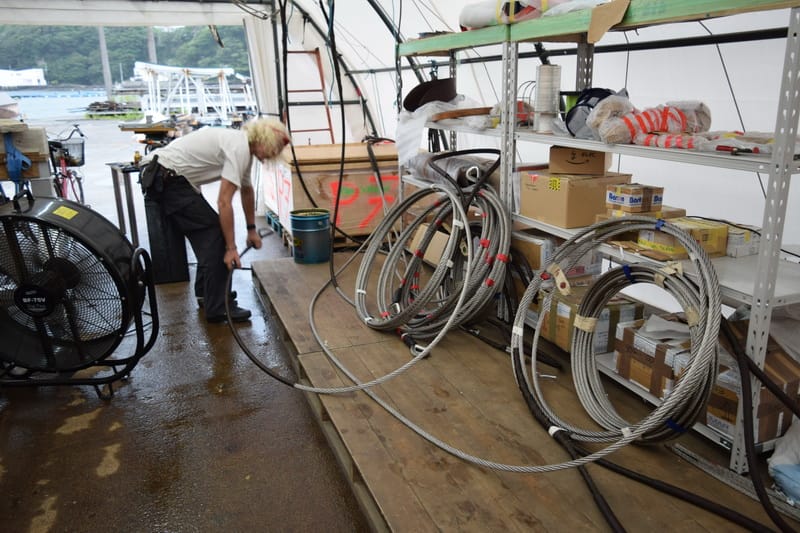 Chuck (above) and Nat are returning home on September 6, so they’re storing much of their finished work which won’t be used until they return next year in time to set up the rigging. 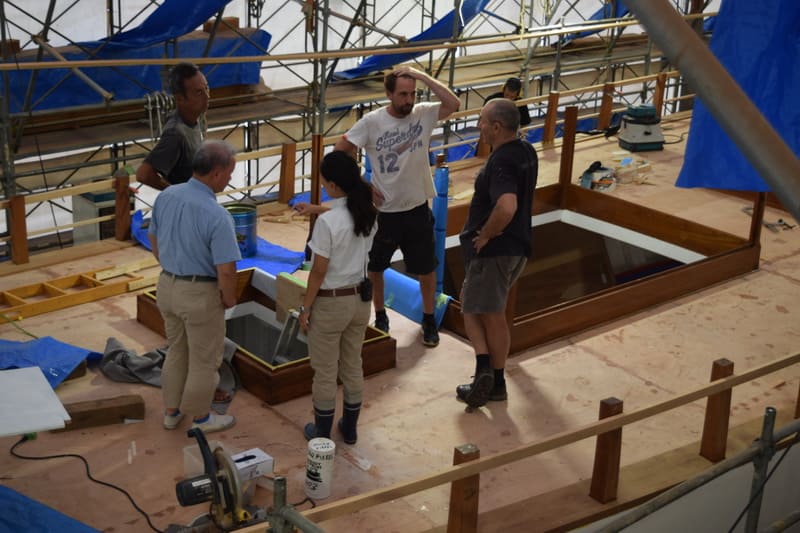 We had a meeting with a domestic electric company first thing in the morning today.
From next week, work on the wiring will begin in earnest.