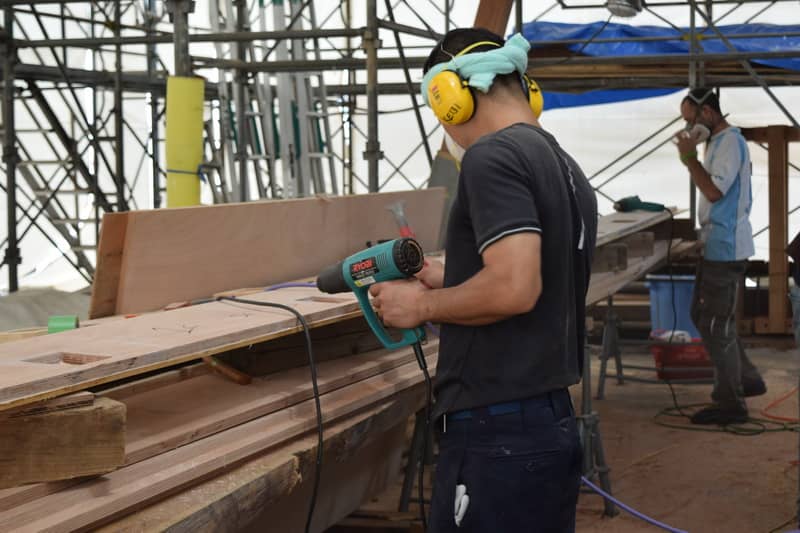 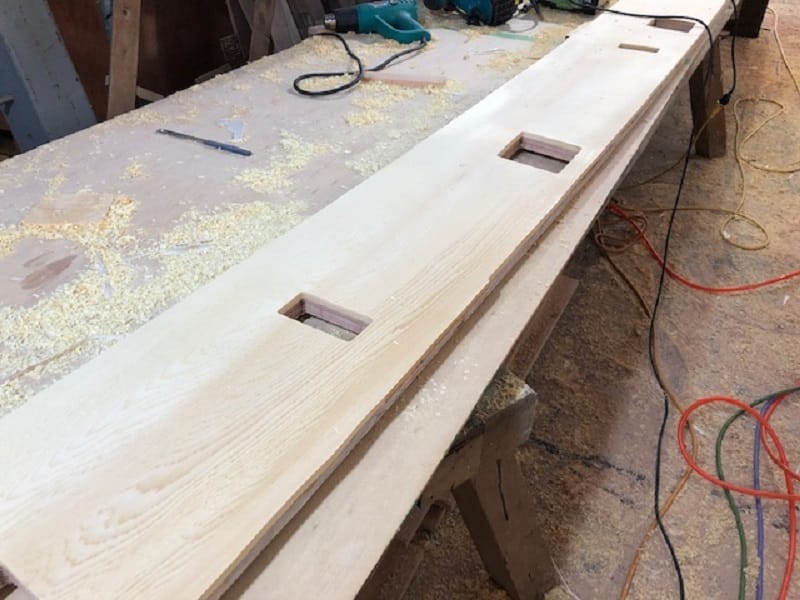 Richard, Michael and Kawashima worked on the coverboard. They were very conscious about knots in the wood. 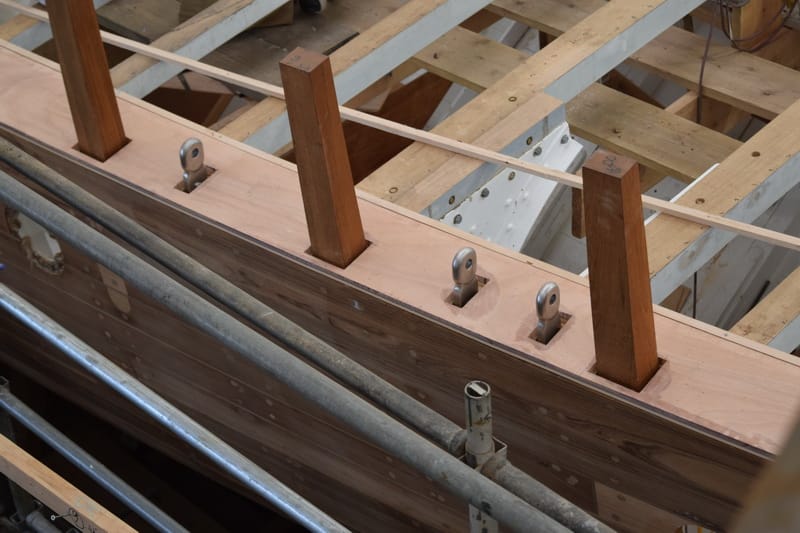 The production of the cover board around the stanchions and chainplates continues. 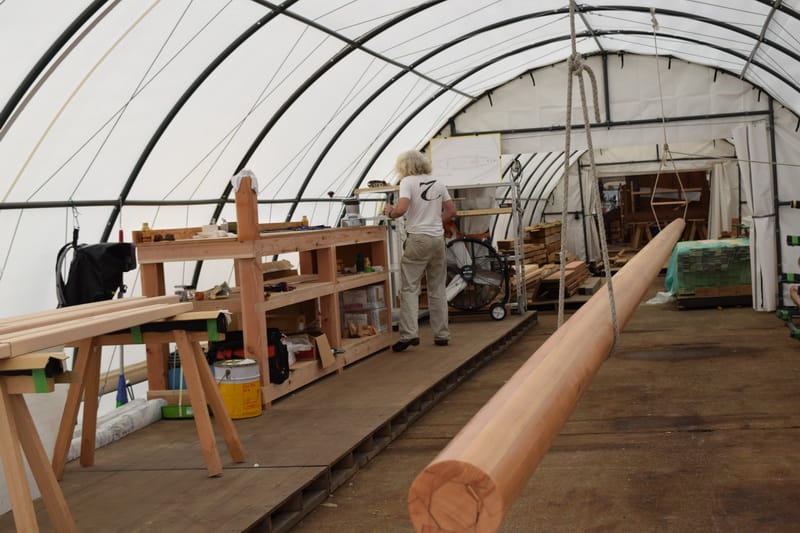 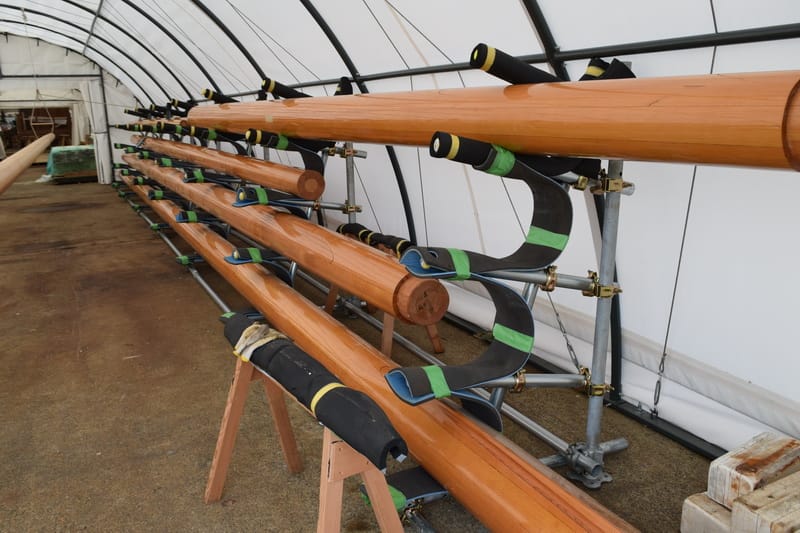 Chuck and Nat are working in the mast workshop. There are stands built of pipe that hold the various masts when they are not being worked on. 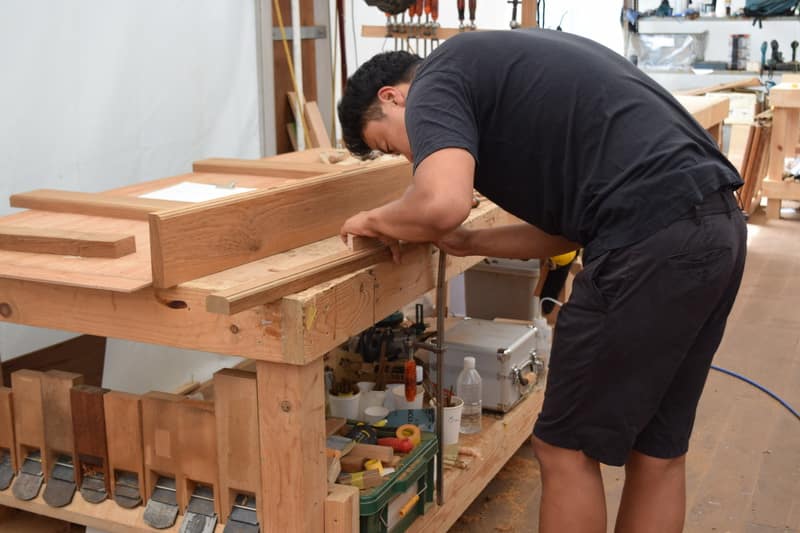 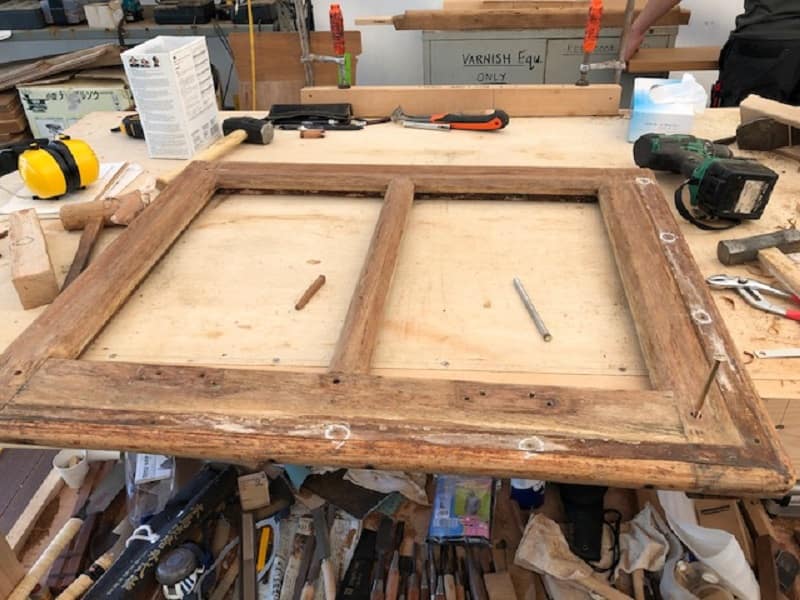 Hashimoto is starting to build the skylight hatch window 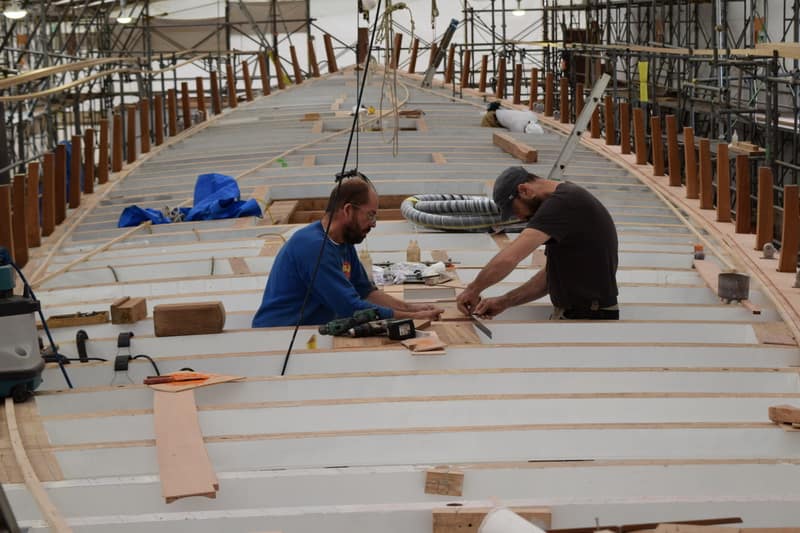 Lewis and Nico are working on blocking for the bronze steering pedestal which will take the end of the rudder tube and carry the geared mechanism and quadrant for the steering. 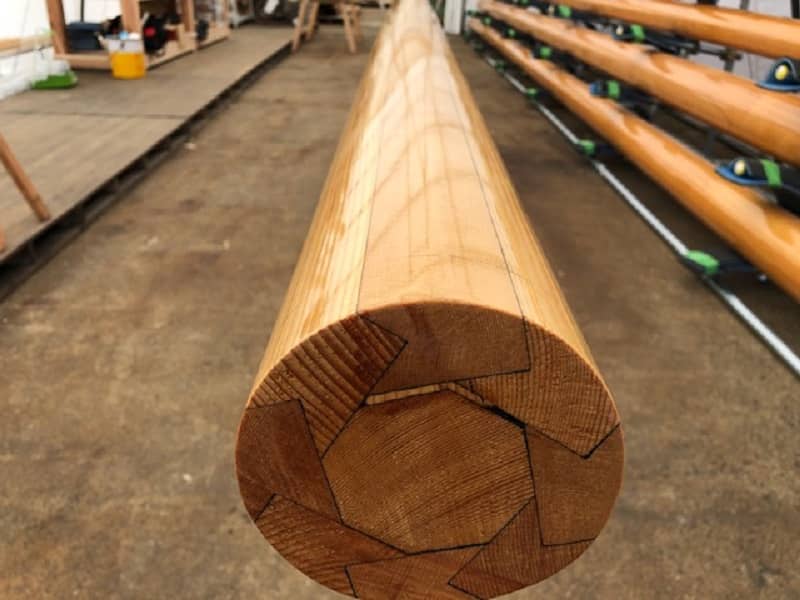 The mast workshop is in full swing. Nat said he has to work very quickly because the varnish dries quickly in the heat. 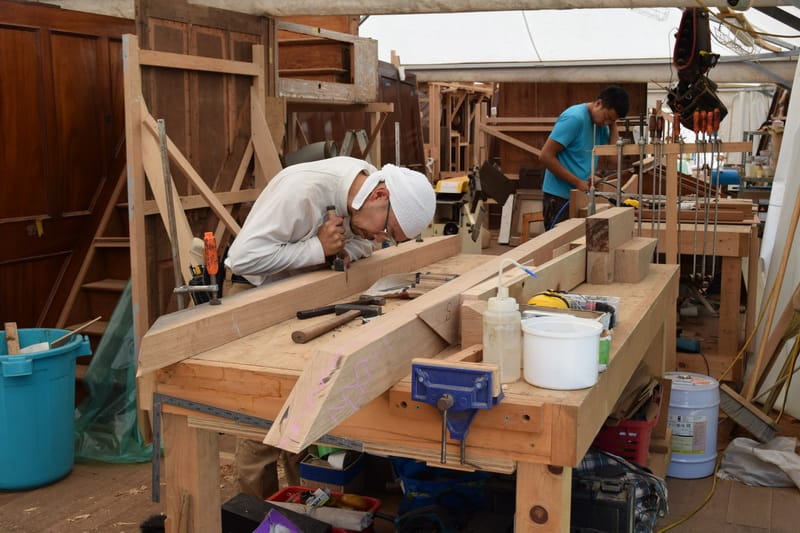 Sole bearers (or floor beams) made of oak are being built to go in the bottom of the boat (below) to support the sole, or floor. 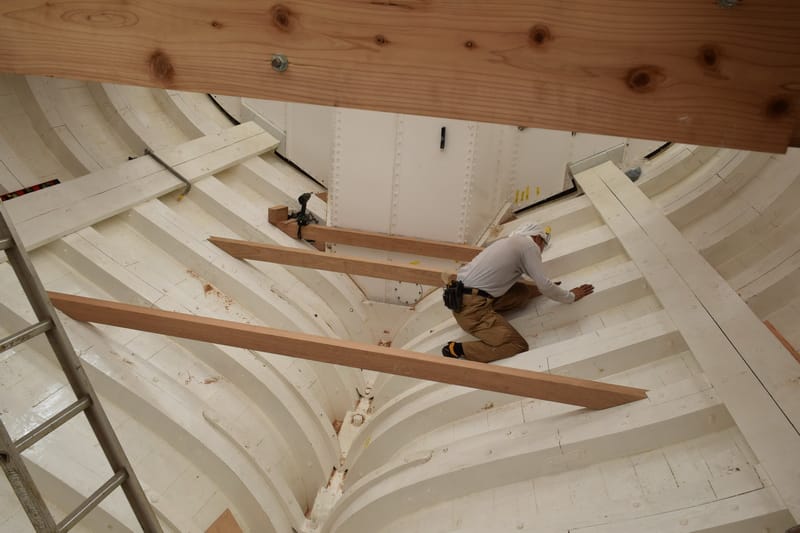 Kakimoto started installing the sole bearers from the engine room bulkhead working forward, where there are no tanks. The bearers have to be cut around and screwed to the frames of the ship. The originals were held with large iron nails but we’ve upgraded to bronze screws. 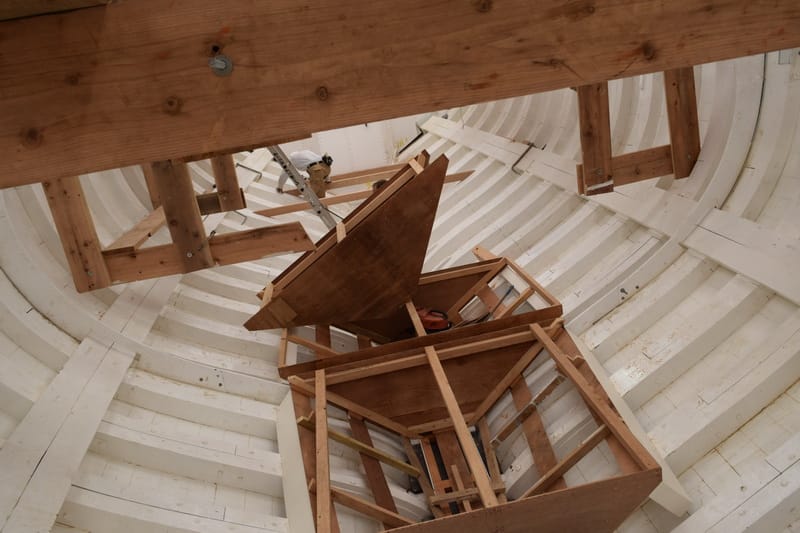 The crane is coming at 13 o’clock tomorrow to drop the tank in, so Ben, Kawashima, and Kakimoto are making the final preparations with the forms for the tank. 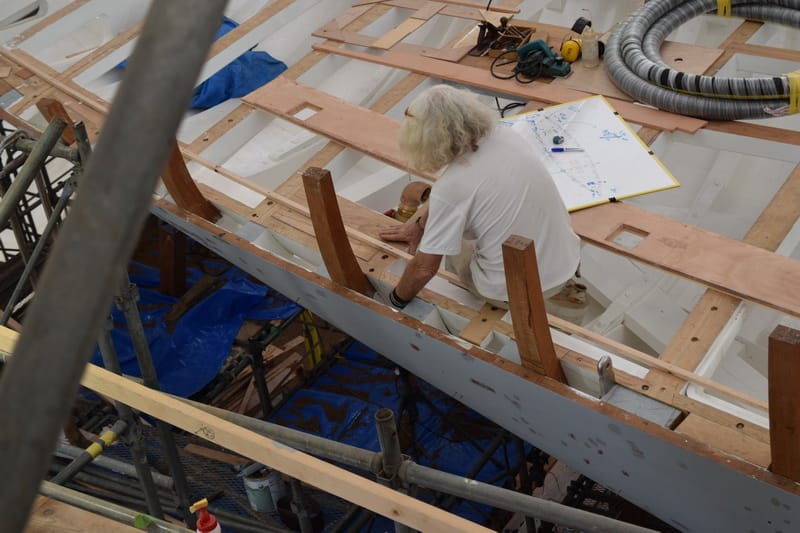 Chuck is checking the location of the chainplates, where the rigging wires will be attached. 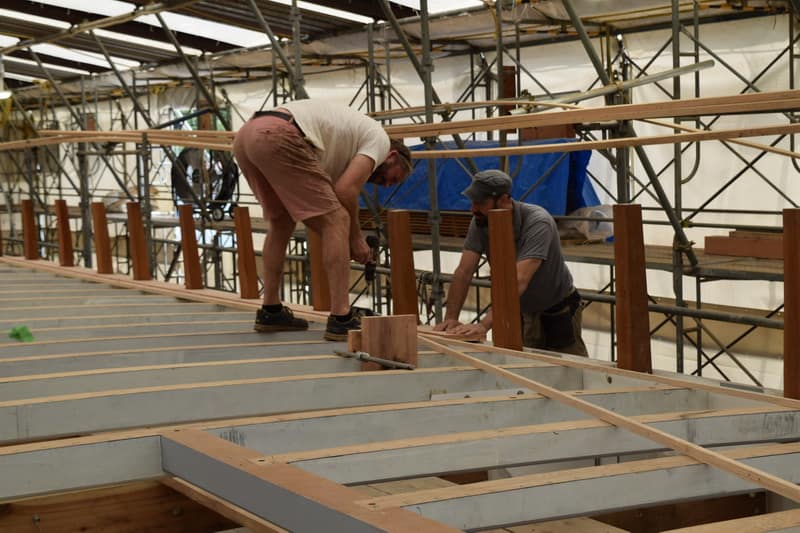 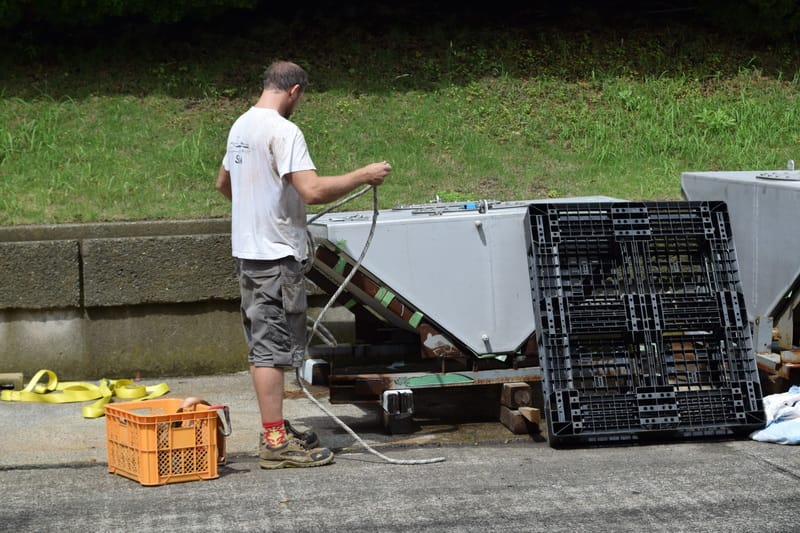 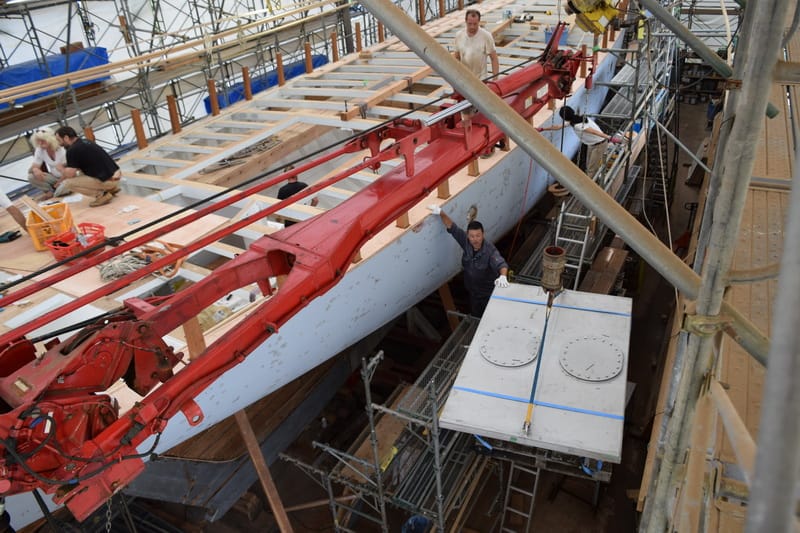 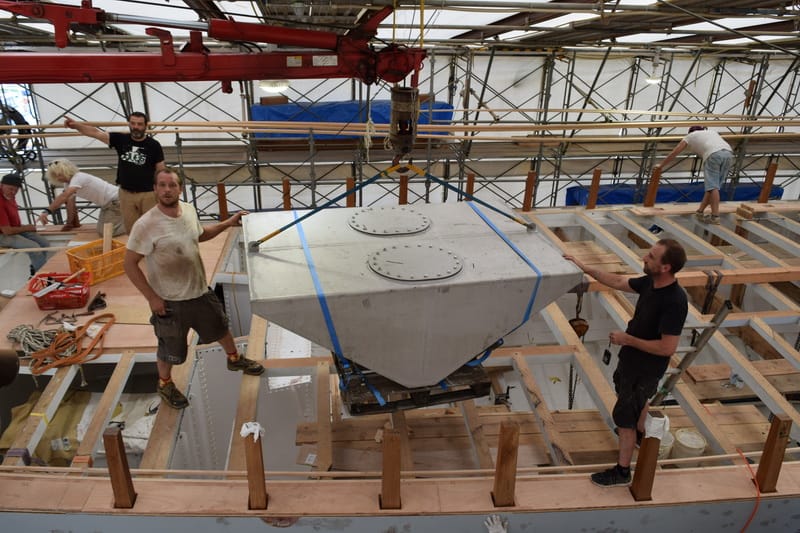 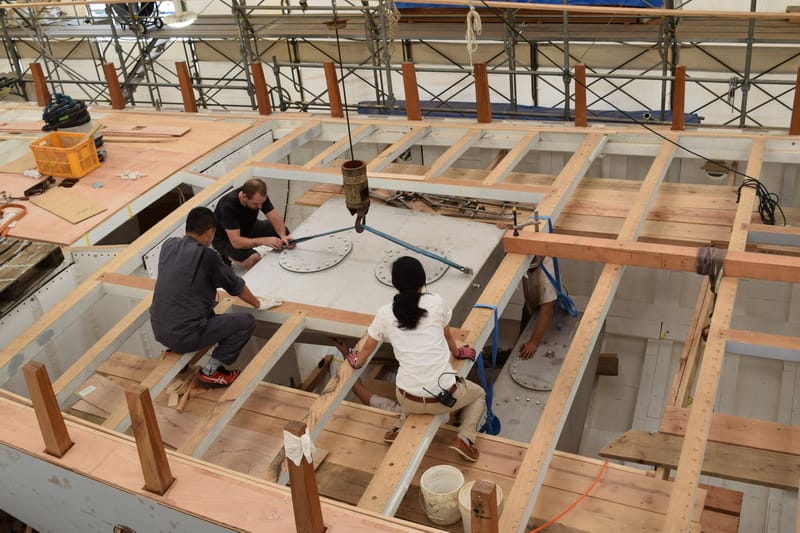 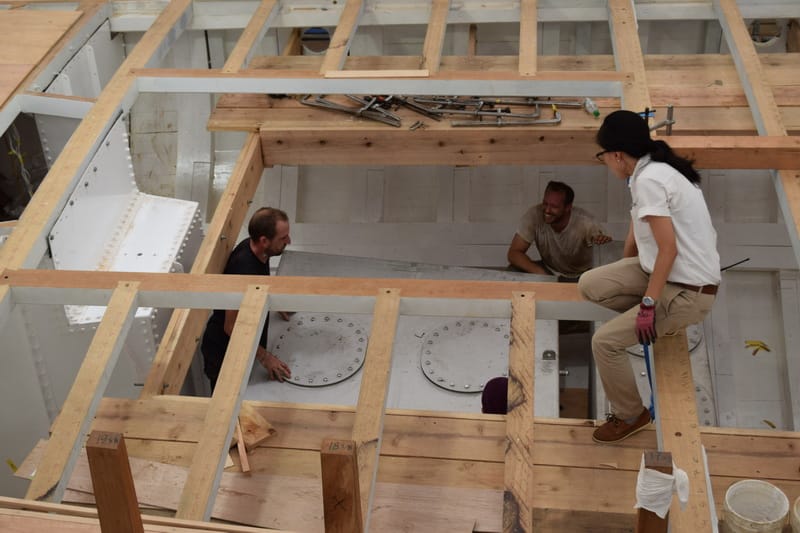 The installation of the tanks was completed on schedule, as can be seen in the above photos. 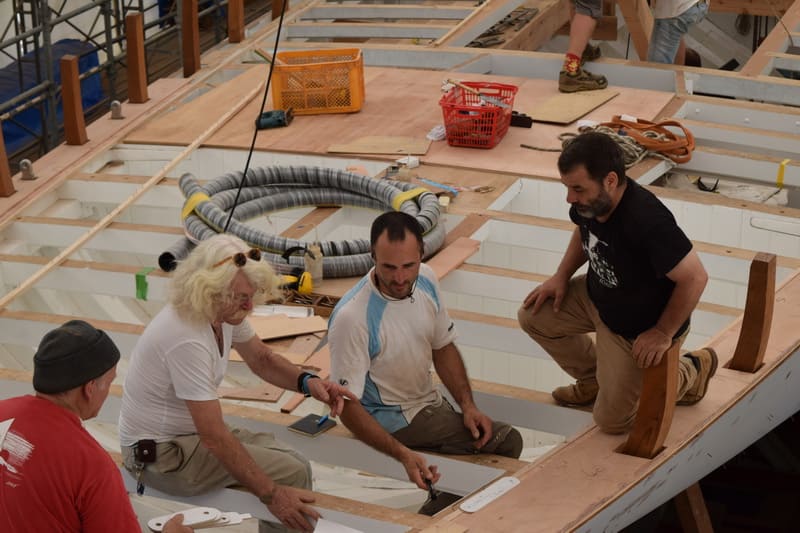 While the tank loading work was being carried out, Paul and Chuck were discussing the detailed arrangement of the rigging mountings.