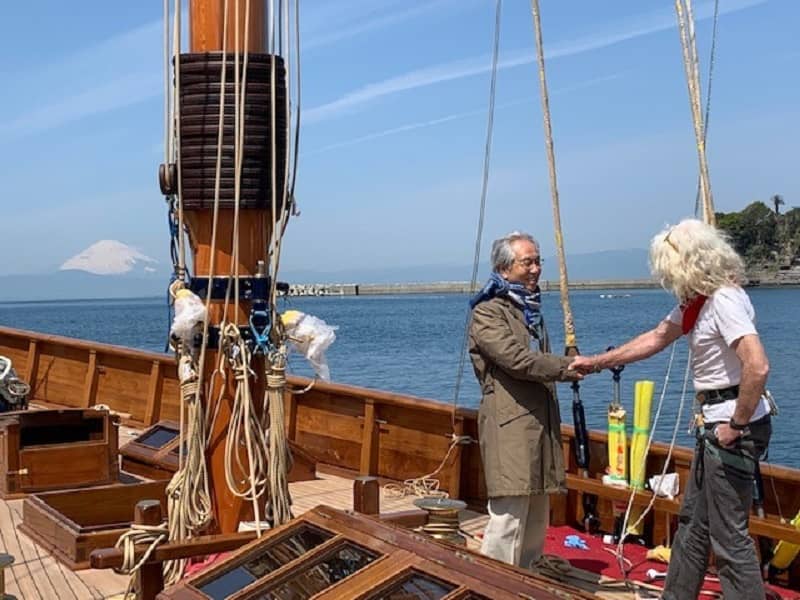 Yesterday, the mast was stepped in perfect conditions: fine weather, flat ocean, and no wind. Over the 90-plus years since she was built, Cynara has hogged considerably, leaving a wave in the sheer line and a real challenge for the naval architect and the shipwrights who have been restoring her to the original measurements on the original plans. Paul Spooner produced plans with the correct numbers and the crew of shipwrights corrected the boat to the drawing.

The hull, masts and rig were all built in parallel, so rigger Chuck had to instruct the mast maker on the dimensions of the new masts, as well as calculate and make to length each of the wires that would support the masts. Yesterday proved that the Cynara has met all dimensions of the plans and that everyone’s calculations were correct.

The mainmast was set first. Fabric slings and padding ensured that the painted surfaces weren’t damaged. Chuck signaled the crane driver as the heel of the mast was slowly dropped through the deck towards the original wooden mast step, which spreads the load along the massive keel timber.

When around 70 percent of the mast and rig load were resting on the mast step, Chuck and Nat began connecting the sidestays. Then Chuck connected the forestay while Ben and Richard helped hold the electrical cables clear and Nat made sure the mast sat correctly in the step. Soon, the mainmast was standing on her own, supported by her new shrouds, each hand-spliced by Chuck.

The stepping of the mizzen mast was next, and it went quickly. The shrouds were connected, and the work completed by midafternoon. Everyone was wearing big smiles, especially Riviera’s chairman, Mr. Watanabe. 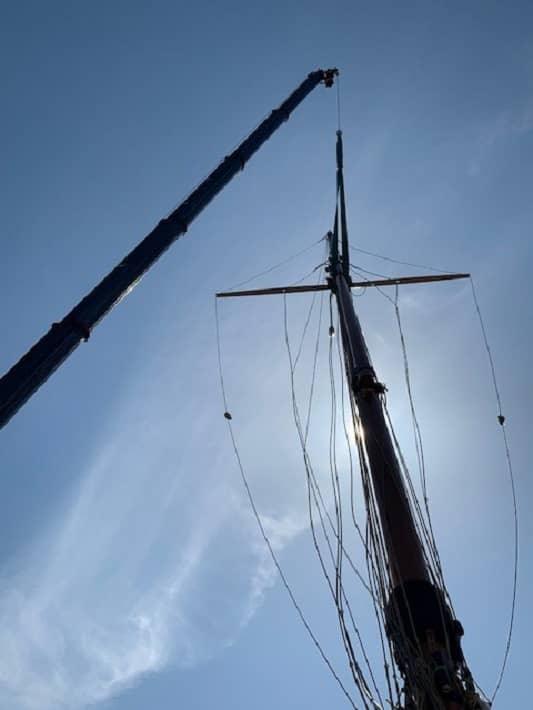 Chuck said, “I can count the best crane driving performances of my career on one hand, and I’d rate this as one of them.” 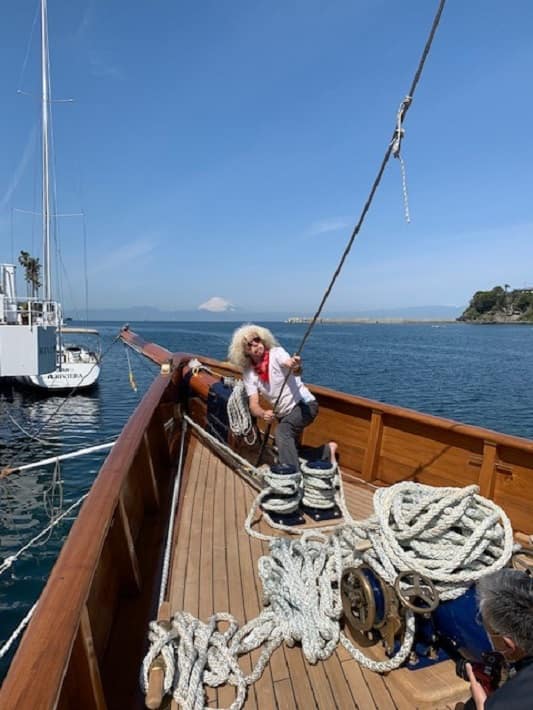 Chuck attaching the forestay after the mast was stepped. 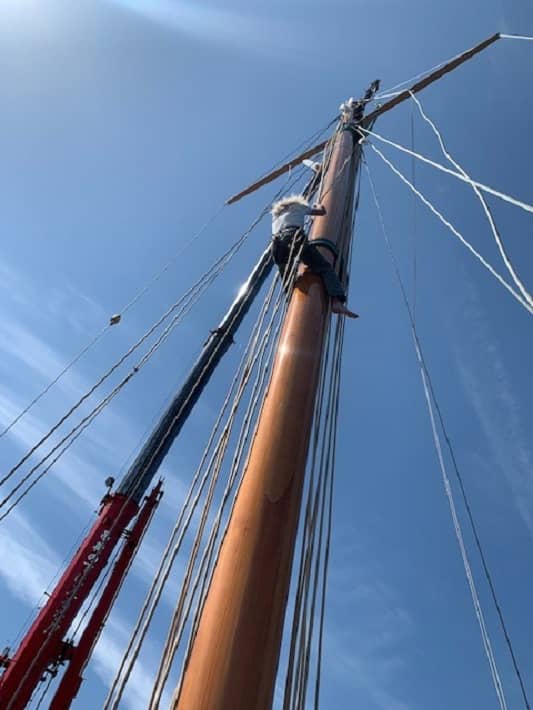 Chuck atop the mainmast after detaching the crane rig from the mast. 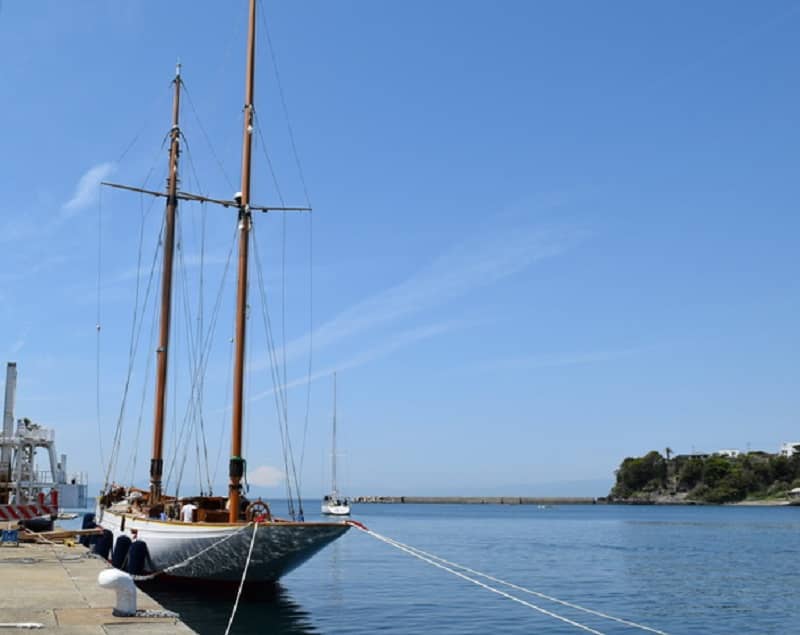 The main boom has yet to be installed but Cynara is already looking eager to begin sailing tests.