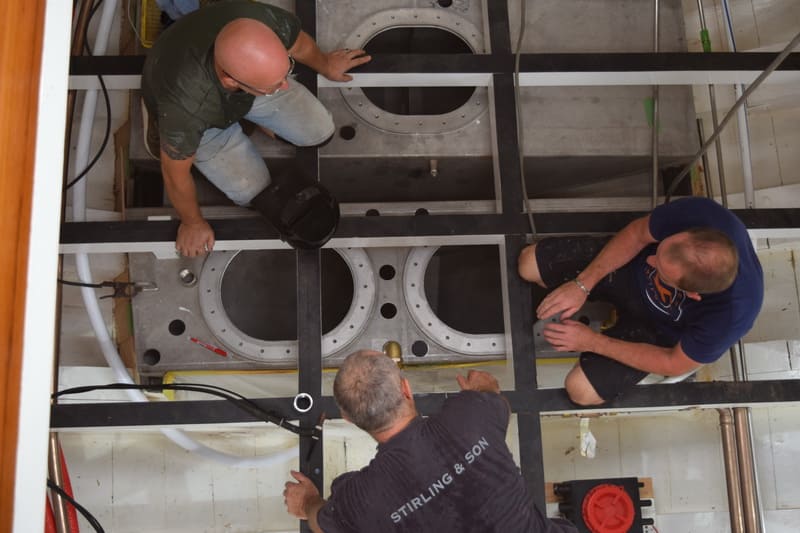 Ben, Pascal and Ian are discussing the welding plans for the fuel tank. Later on, it started as scheduled with the company Sawamura Tekko handling the welding. It’s expected to take two or three days.

Hashimoto is working on finishing the cylindrical deck hatch. This carving on the opposite beam of the carving of Cynara’s O.N., or Official Number, is a bit of a mystery. It reads: 73 88/100 Tons NHBW.  We don’t know what NHBW refers to—perhaps this is from her days in the U.S. from 1930 to 1932, when she was named Easy Going. We have recut it as we felt it was part of her story and the meaning will someday be revealed through further research. It looks crooked because it is, it is an exact copy of the original, warts and all. The cylindrical hatch (above) and lid (below) designed by Hashimoto. The lower right is where the mizzen mast will go through the deck when it is stepped. 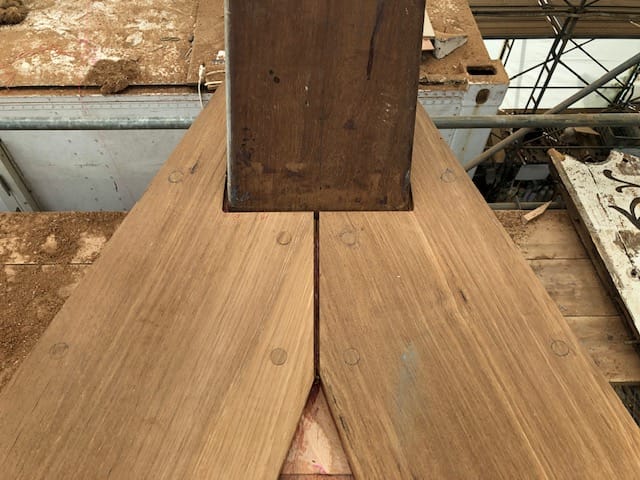 The preparation of the sub-deck and coverboards is almost completed—just in time for next week’s arrival of the deck craftsman. This is where the coverboardsmeet at the stem (above). Sawamura Tekko completed welding the socket to the tank yesterday, and the pipes were attached today.

Ben’s brother Daniel will be staying in Japan for six weeks, mainly working on the masts and the necessary hardware. 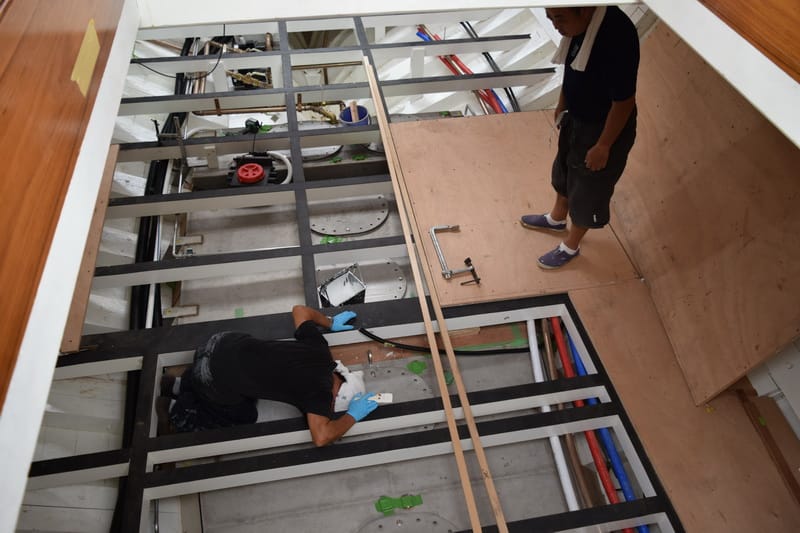 The inside of the fuel tank is being cleaned. If there is even a small amount of dust (or swarf) inside, it can cause problems with the fuel pump. When the tank has been completely finished and the necessary piping and wiring has been completed, we’ll begin installing the floorboards.