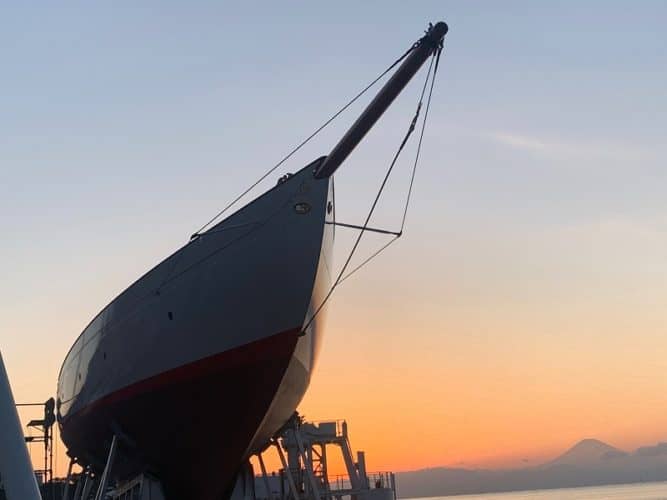 This week, Cynara finally moved out into the sunshine after two years of restoration work inside the tent. On March 15, steel workers began building the cradle to move the 75 tons of Cynara over the fifty meters to the water’s edge. Various ideas for the design of the cradle and gathering the critical parts had been going on for weeks beforehand, with the cooperation of scaffold specialists, crane operators, shipyard workers and our own marina team. The first task was to remove a quarter of the tent on the seaward side.

The cradle was then assembled under Cynara where she stood, and 24 heavy duty steel castor wheels in pairs were attached to support her 75 tons. Thirty 20mm thick steel plates, weighing 750kg, were then moved under the cradle, which was then lowered down on them. The boat was then blocked between the cradle and the keel before removing the blocks between the keel and ground.

A 60-ton, 4-wheeled steering crane was hitched to the cradle to pull Cynara across the yard. The move started at around 10am and was expected to take a day and a half. As she moved off each steel sheet, it would be moved ahead to make a smooth surface. The marina team used 2 forklifts and by 4pm the same day Cynara had safely reached the water’s edge.

Next week will see the even bigger challenge of safely lifting Cynara into the water. 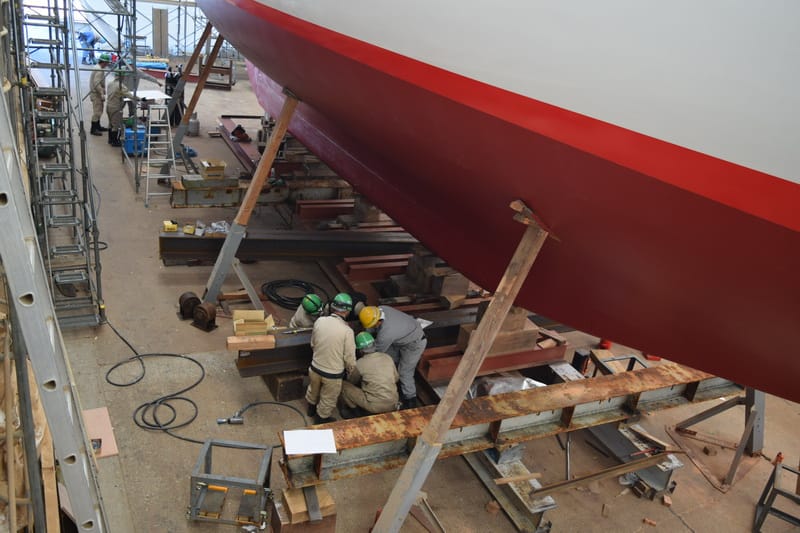 The shipyard steel workers put the components of the cradle together. 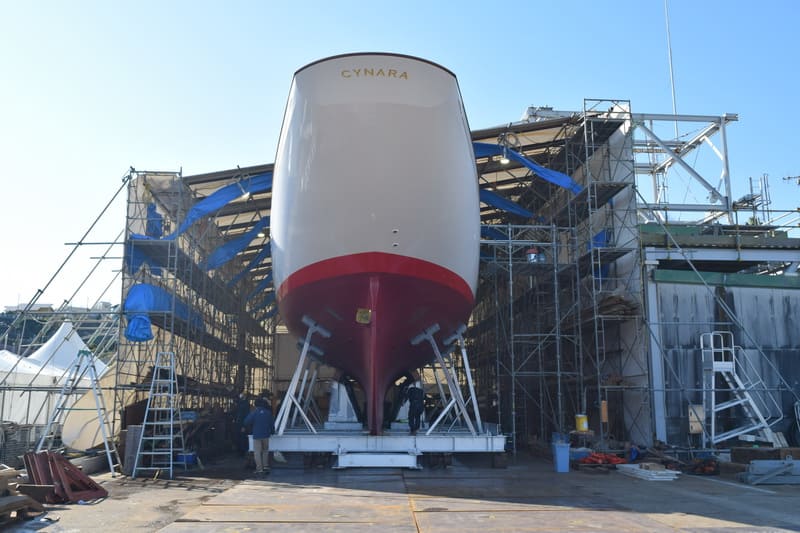 Cynara’s stern was the first part to see the light of day in two years. 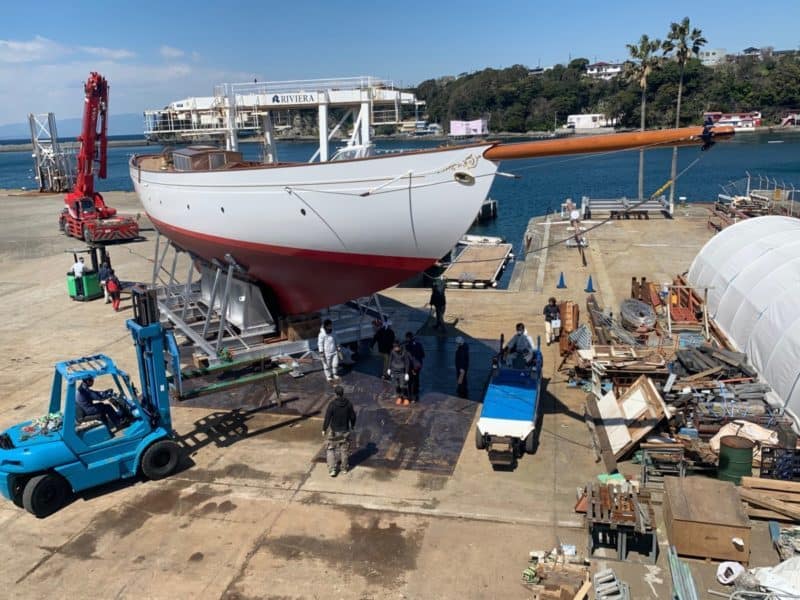 The crane pulled Cynara’s cradle from the stern. We used forklifts to move the heavy steel plates from bow to stern. As the cradle wheels couldn’t be steered, the plates were greased down so the cradle could be pulled sideways. 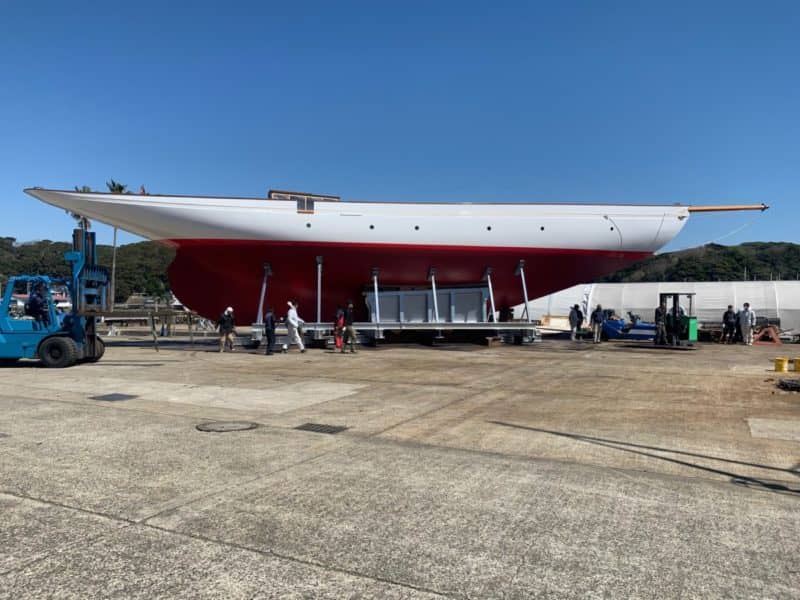 Cynara’s beauty is breath-taking even during the move on land. The riggers will begin installing the masts after the launch. 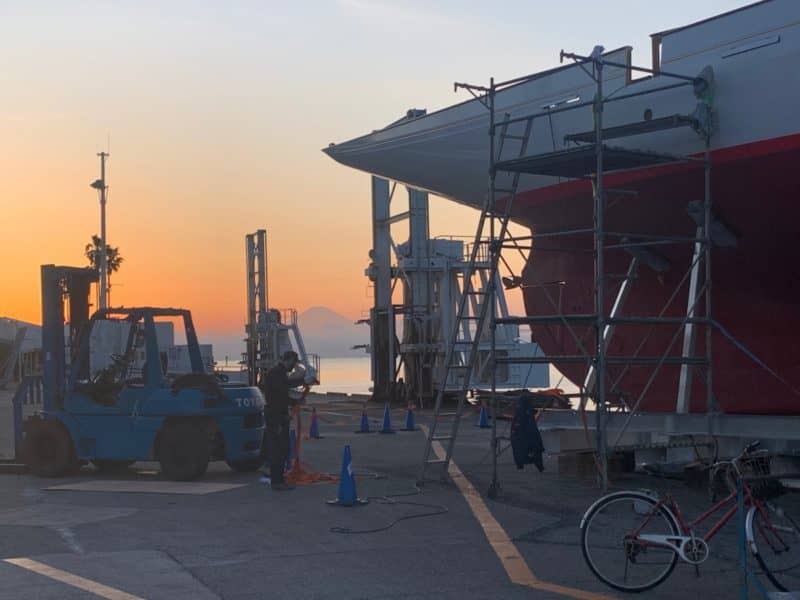 Power and access was restored, and the work on the interior continued. Bicycles come in handy now to retrieve a tool or part from the workshop.