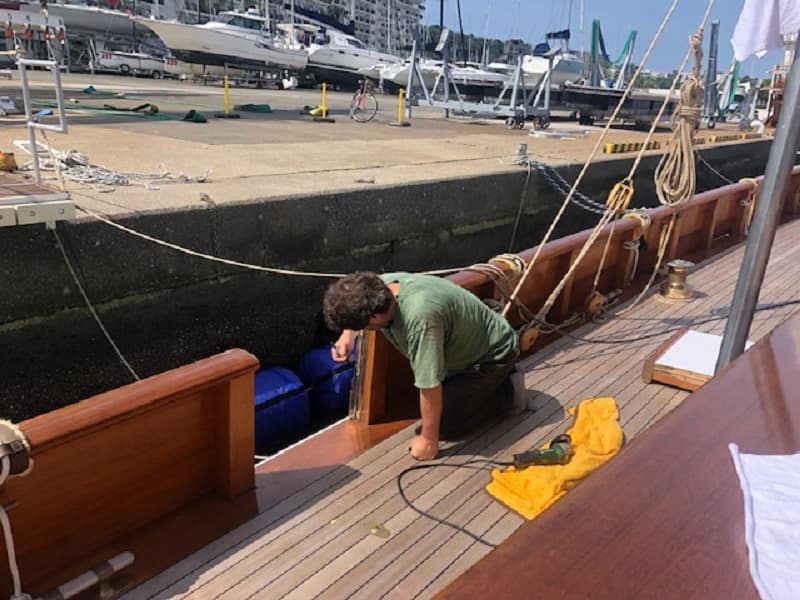 Paul is adjusting the gate on the deck after we found it had expanded in the rain of this record-breaking summer. 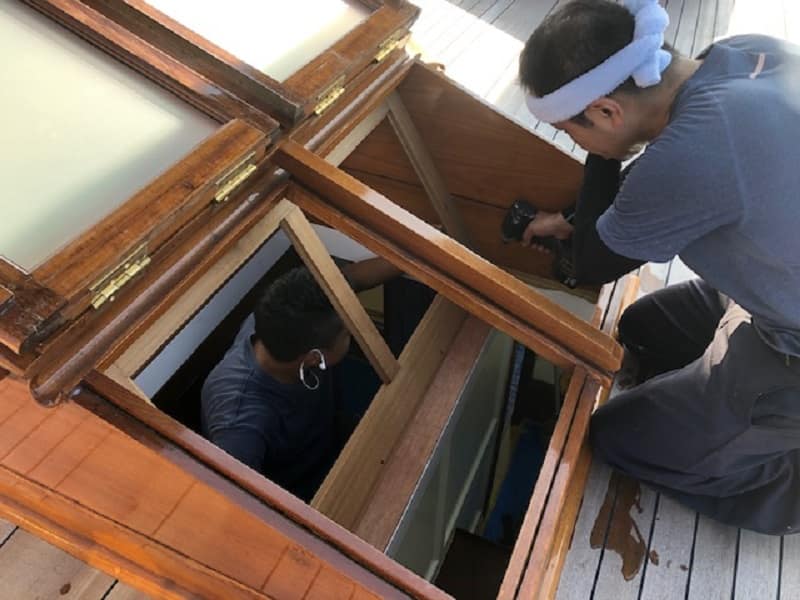 Kawashima is building the frame and installing the glass of the double skylight over the corridor. This frame allows air into the cabins and light into the passageway while maintaining privacy. 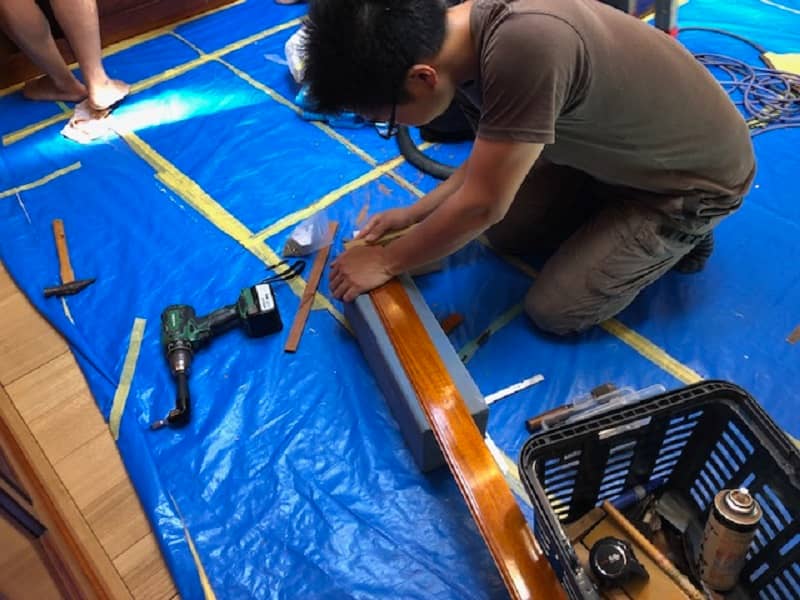 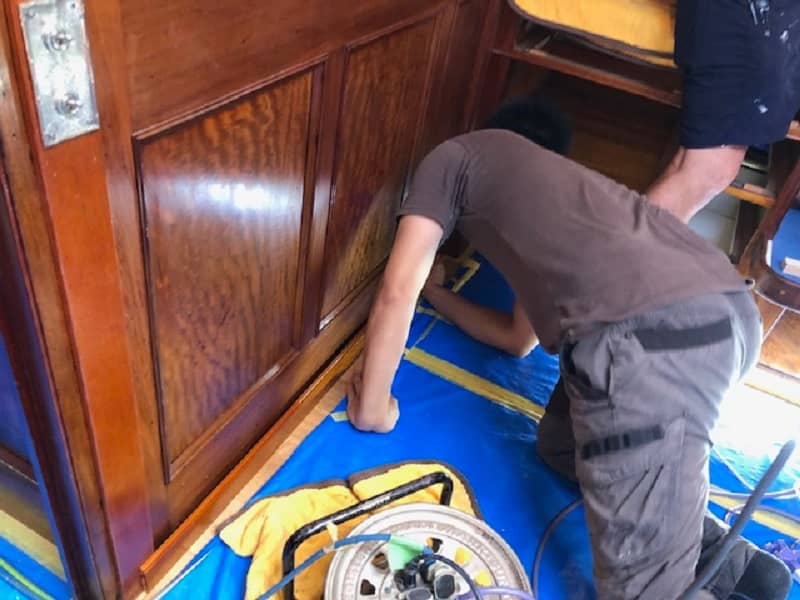 Tatsumi is installing the baseboard of the saloon wall. With every little detailed task that is completed, the saloon moves closer to completion. 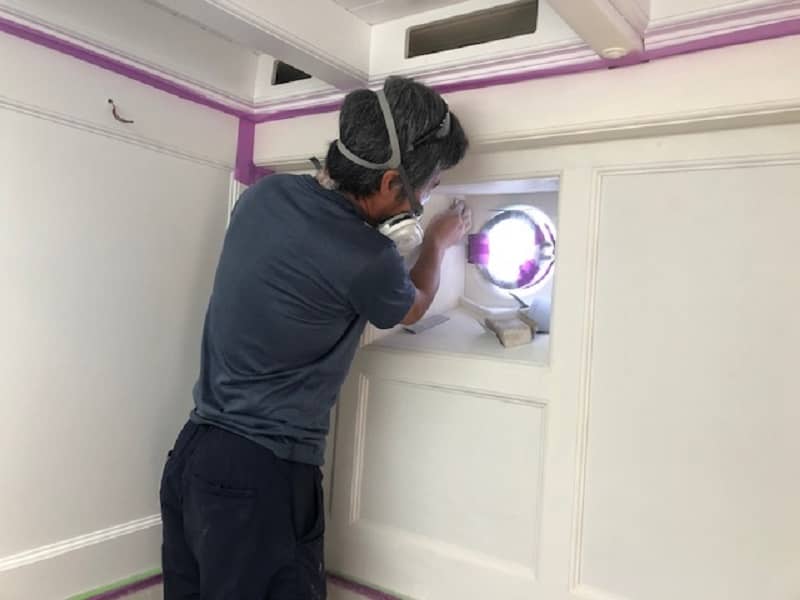 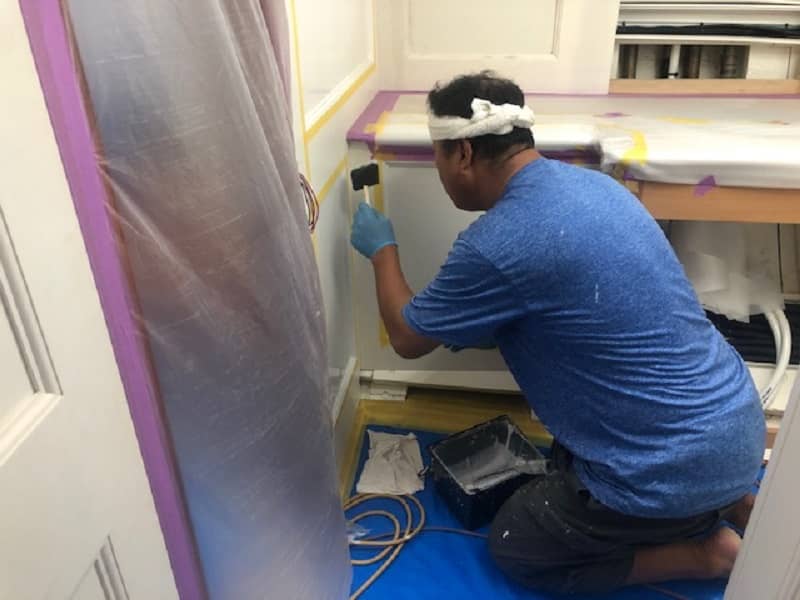 The painting continues, with every nook and cranny getting attention. 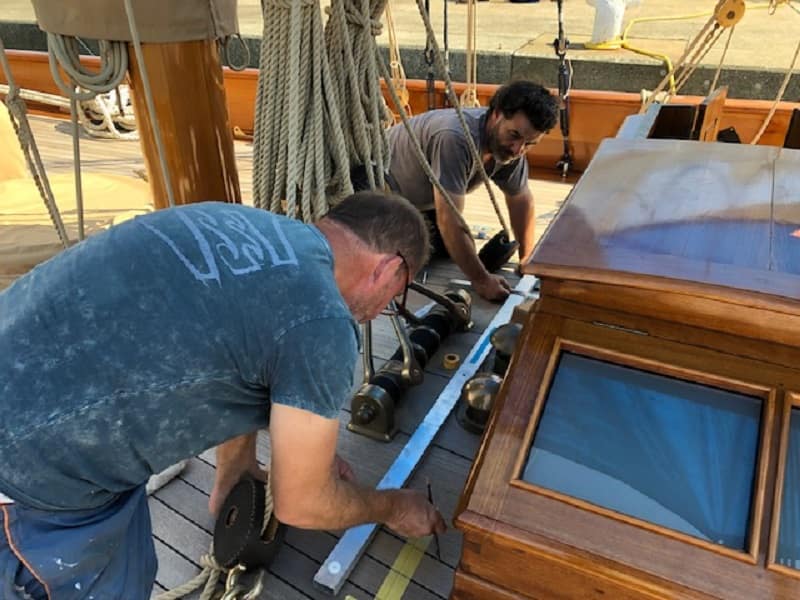 Paul and Lewis are replacing the former temporary boom gallows with a new one, made of bronze and varnished teak. 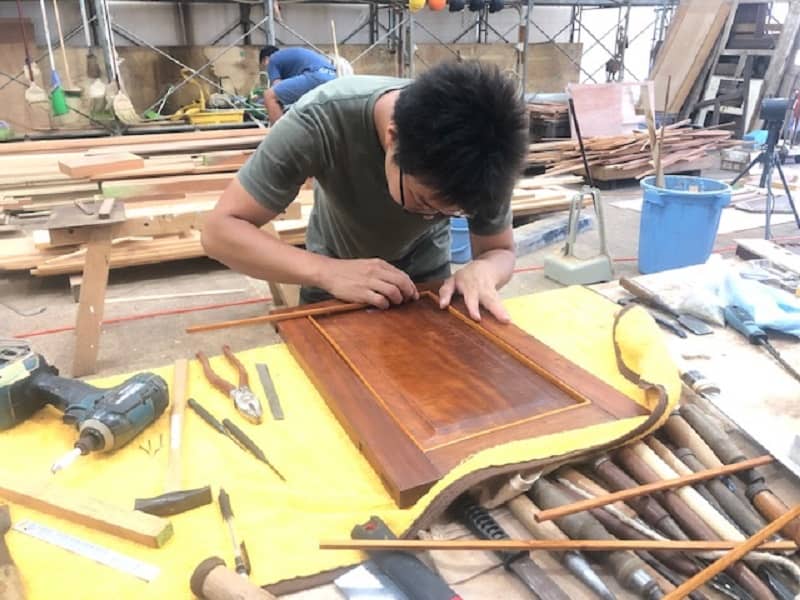 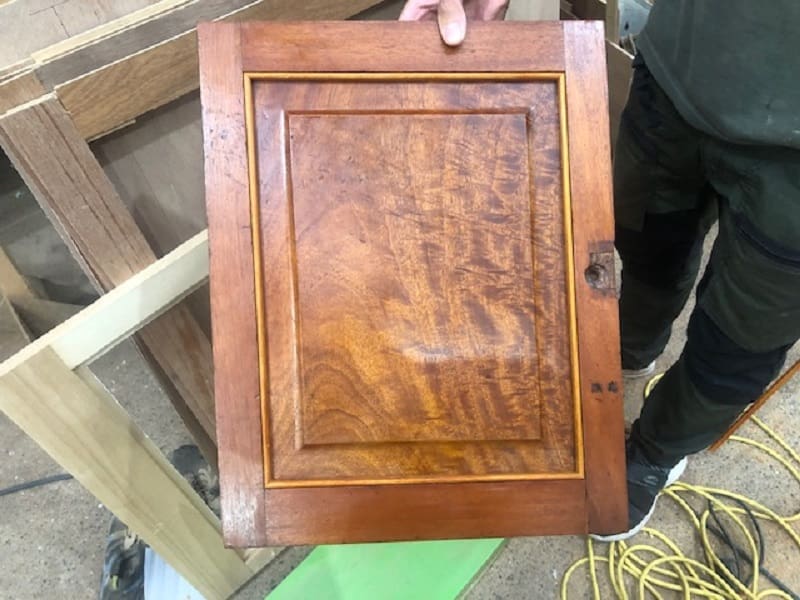 Tatsumi continues working on the original cabinet doors. Most of the furniture is square, but the sole in the main saloon rises as it goes forward and the furniture has to follow this angle. It’s only a very slight angle but if the furniture was made square it would look strange to the eye and the units at the forward end would be lower than those at the after end. Nicholson elected to make the original furniture follow the angle, a decision that means the furniture is more visually pleasing. 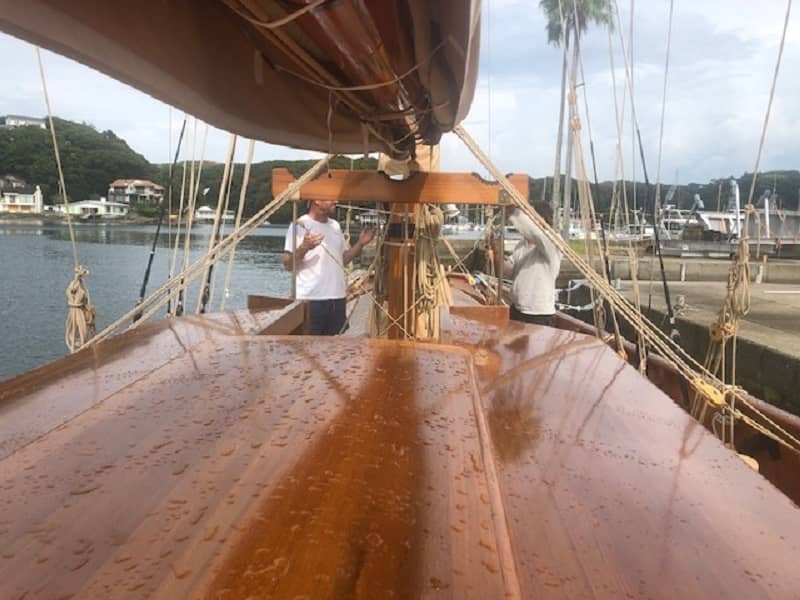 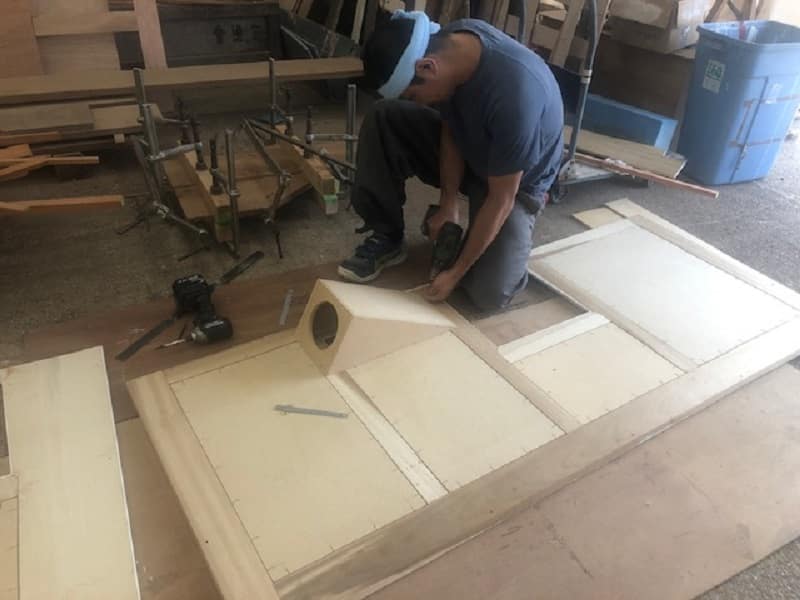 Kawashima built a triangular box in the wall for an air conditioning duct. This and a similar one will go in the aft cabins. 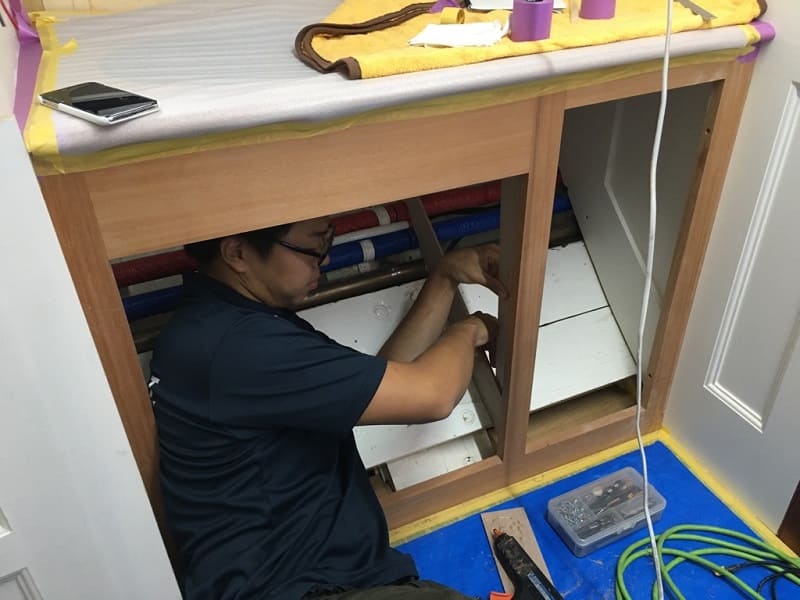 Making partitions for the space under the sink in the shower room means a tight squeeze. 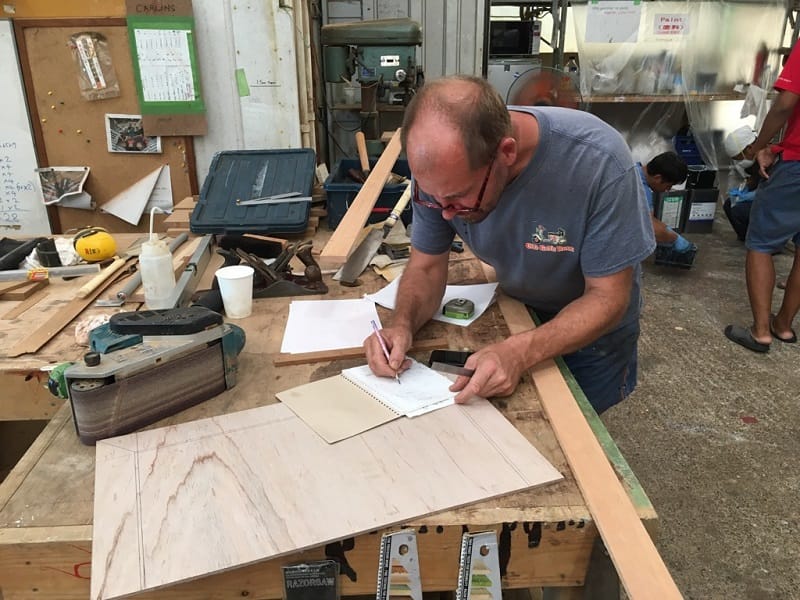 Lewis is taking measurements for the door to the shower that is next to the owner’s stateroom. 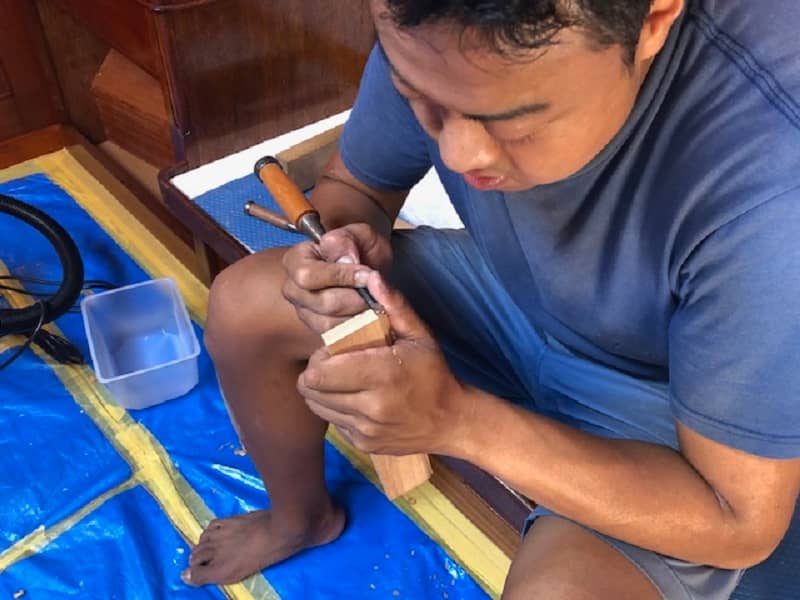 Hashimoto is making the molding that runs along the shelf at the back of the couch on both sides of the saloon. 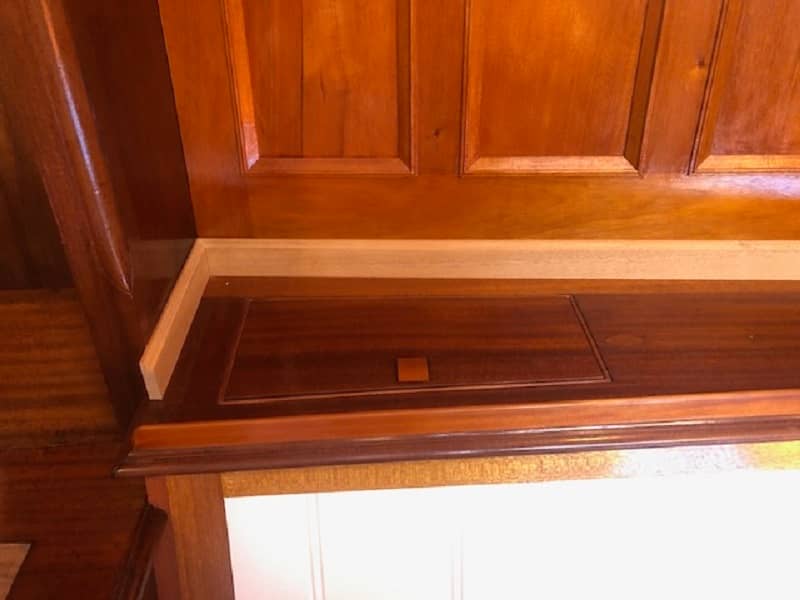 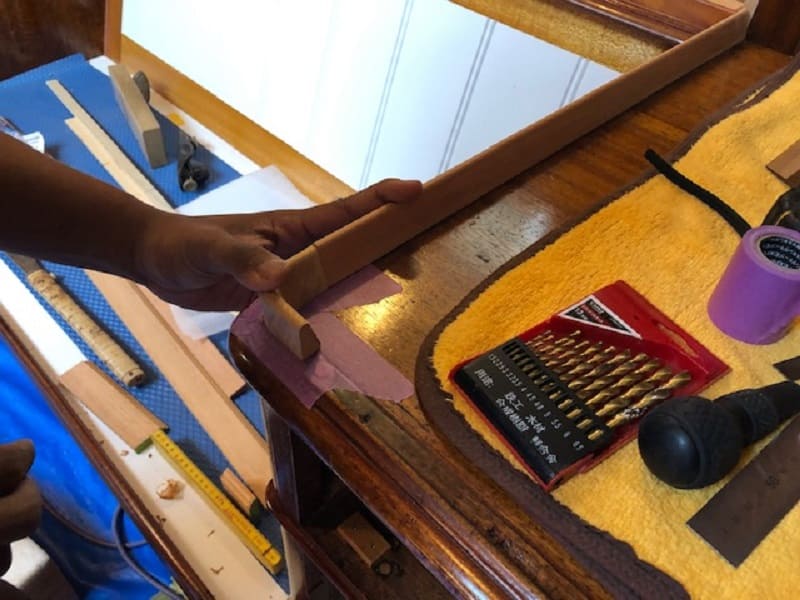 Massa is fitting fiddles to the cabinet tops in the saloon that will keep things from sliding off them.