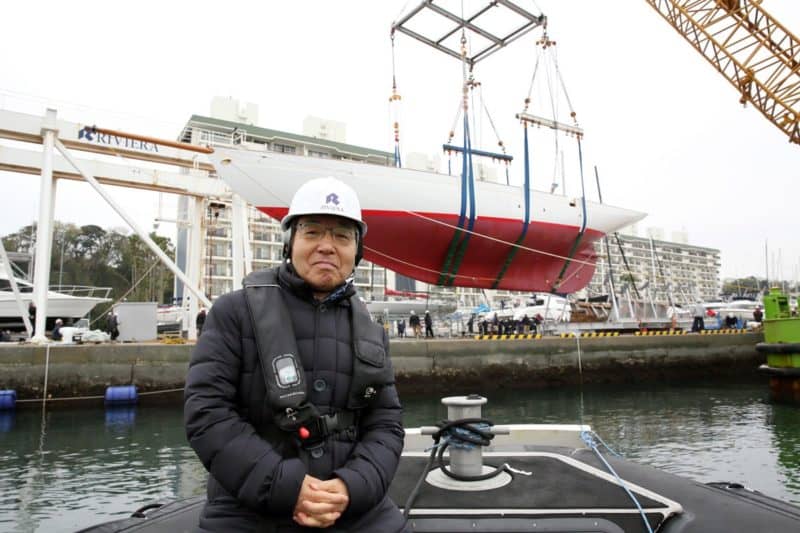 Almost 3 years of hard work by Riviera’s team of shipwrights and support staff came to a climax at the end of March, when Cynara was lifted back into the water. Because the team at Riviera had done every facet of the rebuild in-house, including moving her out of her shed, we were keen to complete the lift into the water ourselves. Riviera Chairman and CEO Mr. Noboru Watanabe (above) was on hand for the long-awaited launch.

The 200-ton capacity sea crane arrived at 9:00am on Tuesday, March 31. Wide fabric slings were positioned under Cynara’s hull and lifting preparations got underway. The crane ship crew would pick her up and swing her over to the water, but they were relying on us to hook up all the lifting gear: the slings, shackles, cables and spreader bars, etc.

The center of gravity was calculated by naval architect Paul Spooner. Two slings closely spaced forward supported 50 percent of Cynara’s weight, one spring central took 25 percent and one sling under the deadwood took 25 percent. Wooden boats of Cynara’s time were never designed to be picked up with cranes—a dilemma that had haunted us for weeks. As she rose off the cradle, our staff, Ms. Takamiya, heard Paul say quietly, “She’s okay. She’s okay.” “His words stuck in my memory,” Takamiya says. “I think now I understand a little better why the feminine pronoun is used for ships in English.”

Once the load was taken on the crane’s main hook, her weight was measured at 60 tons—with no rig, very little interior, no ground tackle or inner ballast, empty tanks, not stores of any kind. The lift to the water was over in minutes rather than hours.

We had booked the sea crane for two days in case a seam gave serious trouble and we had to lift her out again. But by the next morning our shipwrights had checked out the amount of water ingress and judged everything to be order, so we said goodbye to the crane ship. 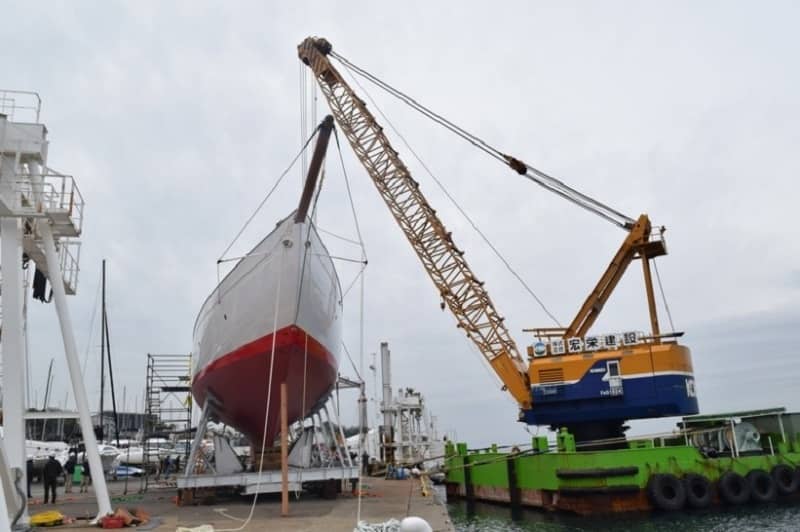 The crane ship in position for the lift. 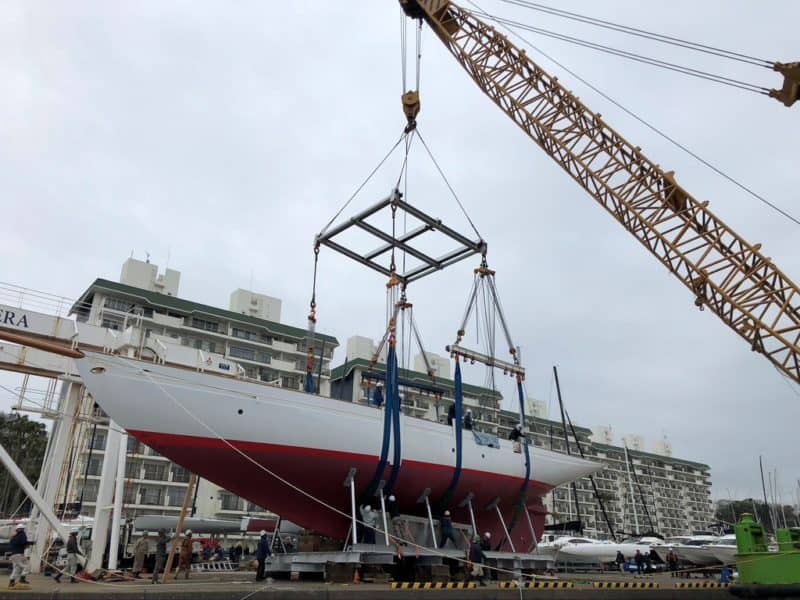 Lifting slings were positioned two at the front, one amidships, and one under the deadwood. 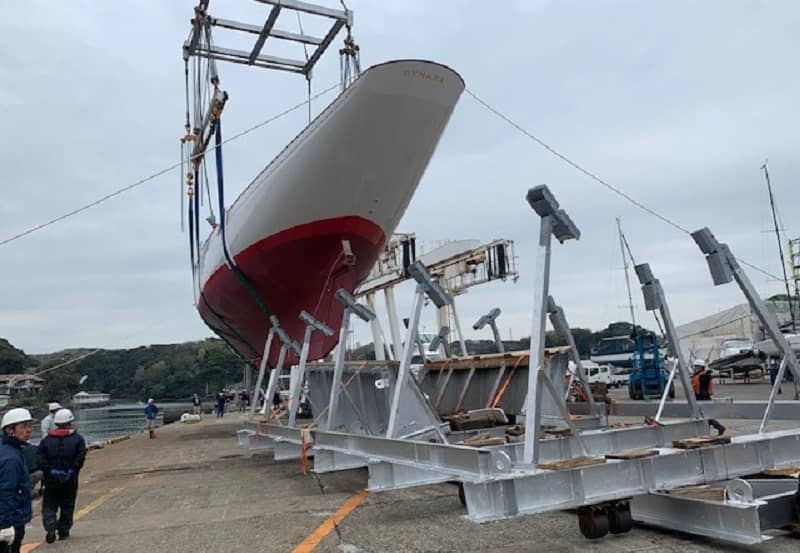 Cynara is lifted from her cradle . . . 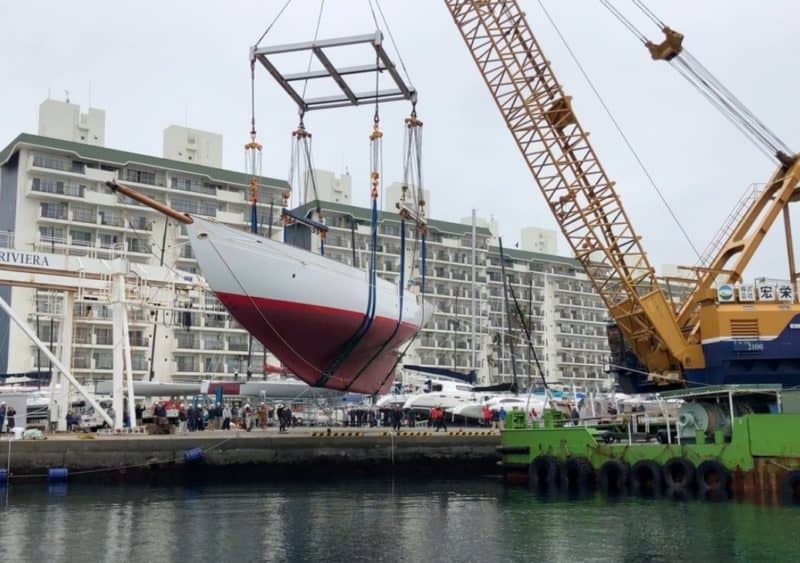 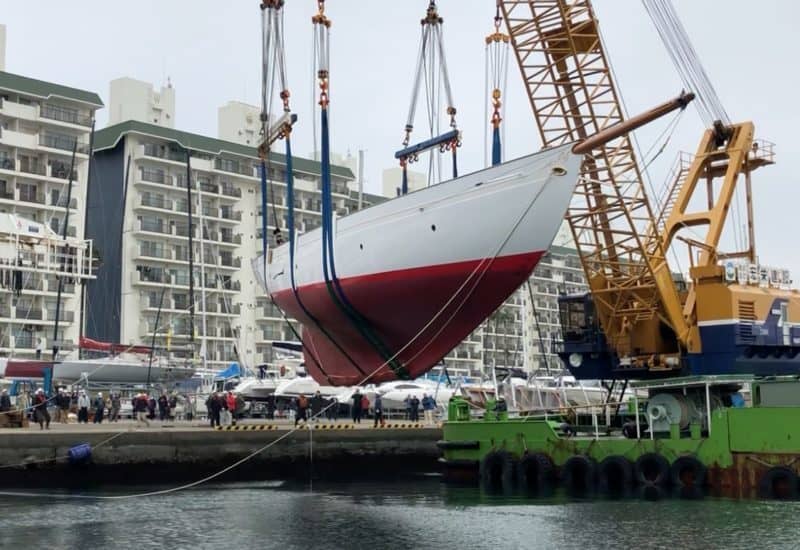 The crane turned, lifting her over the water . . . 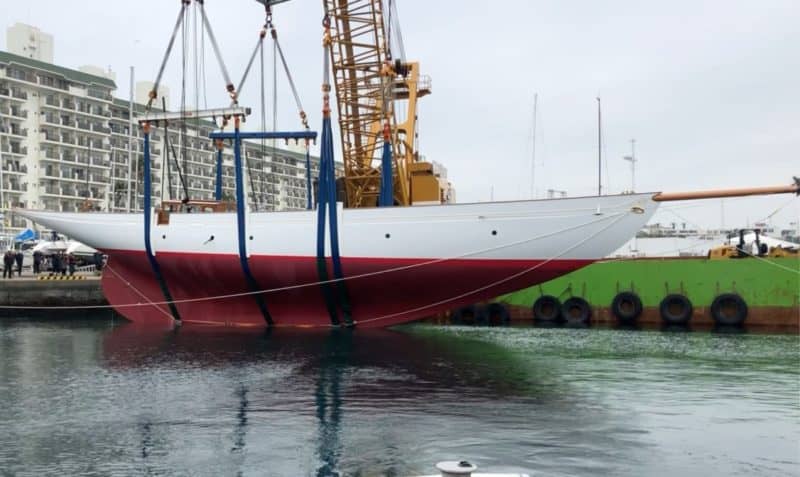 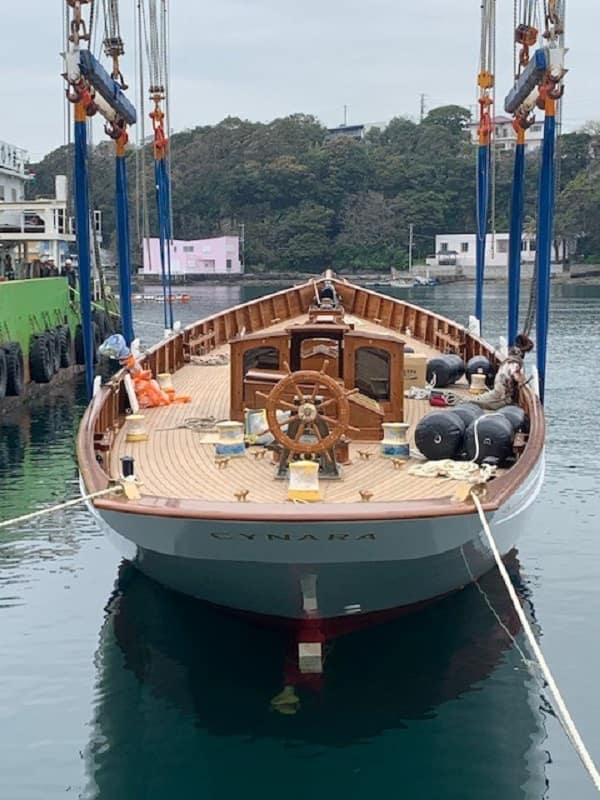 Cynara is afloat for the first time in three years. 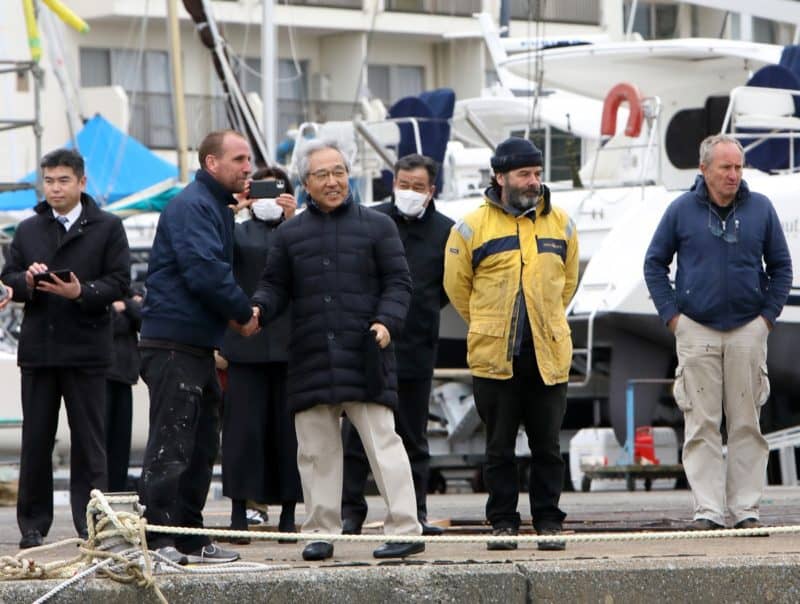 Riviera CEO Mr. Noboru Watanabe shakes hands with shipwrights Ben Hobbs (above) and Paul Harvey (below), after the successful launch of Cynara. 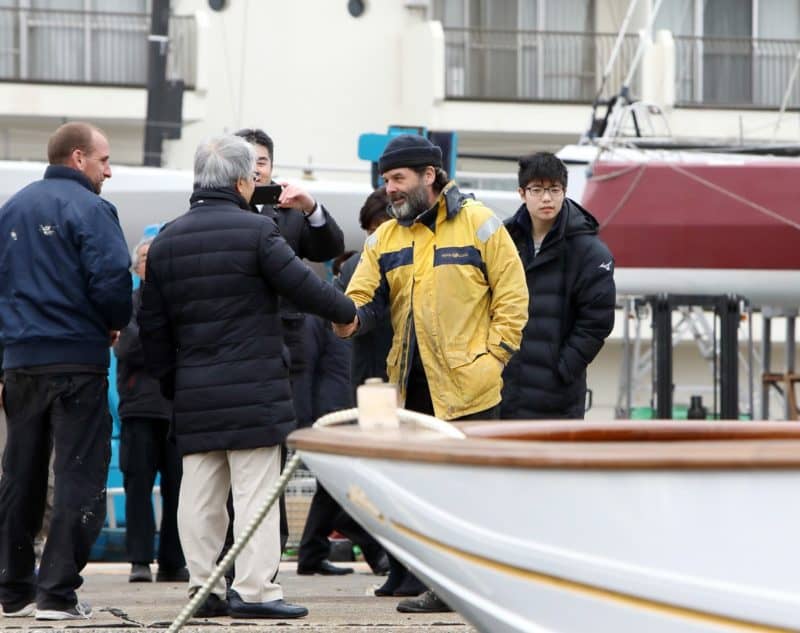 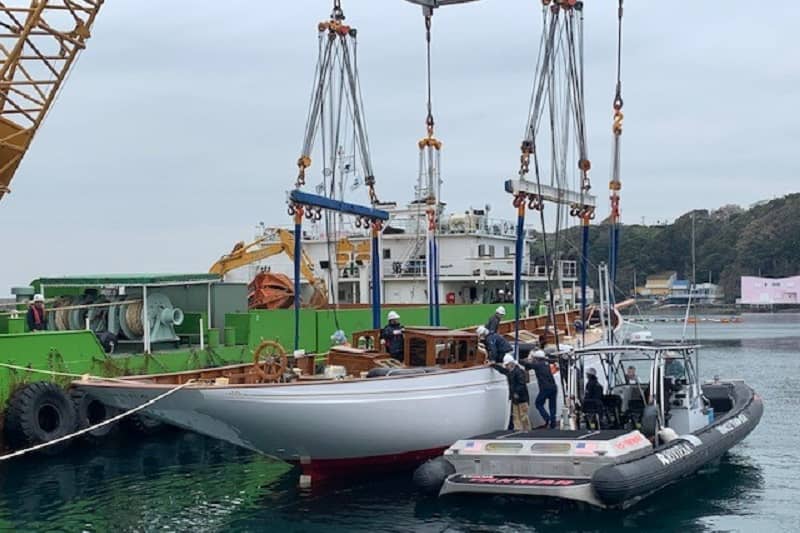 Workers clamber aboard to check all is well below. 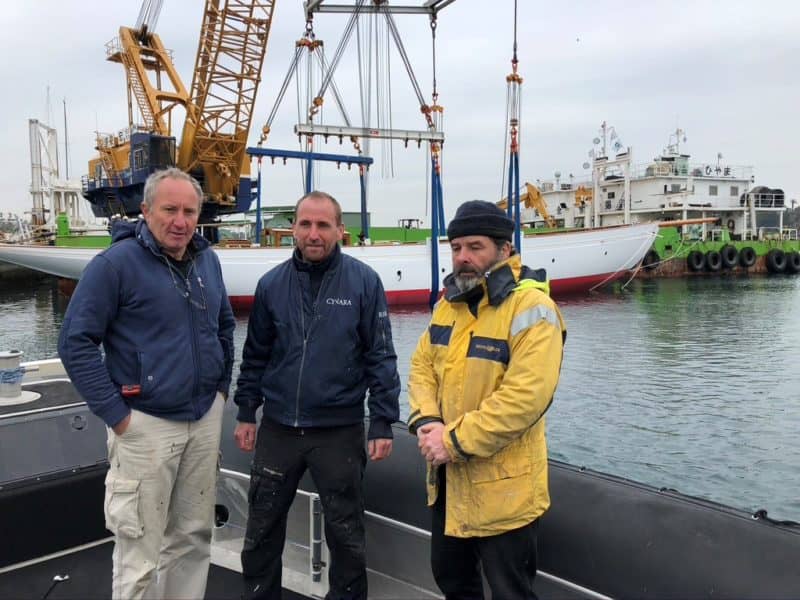 Shipwrights Ben (center) and Paul (right) with Ian preparing to board Cynara.