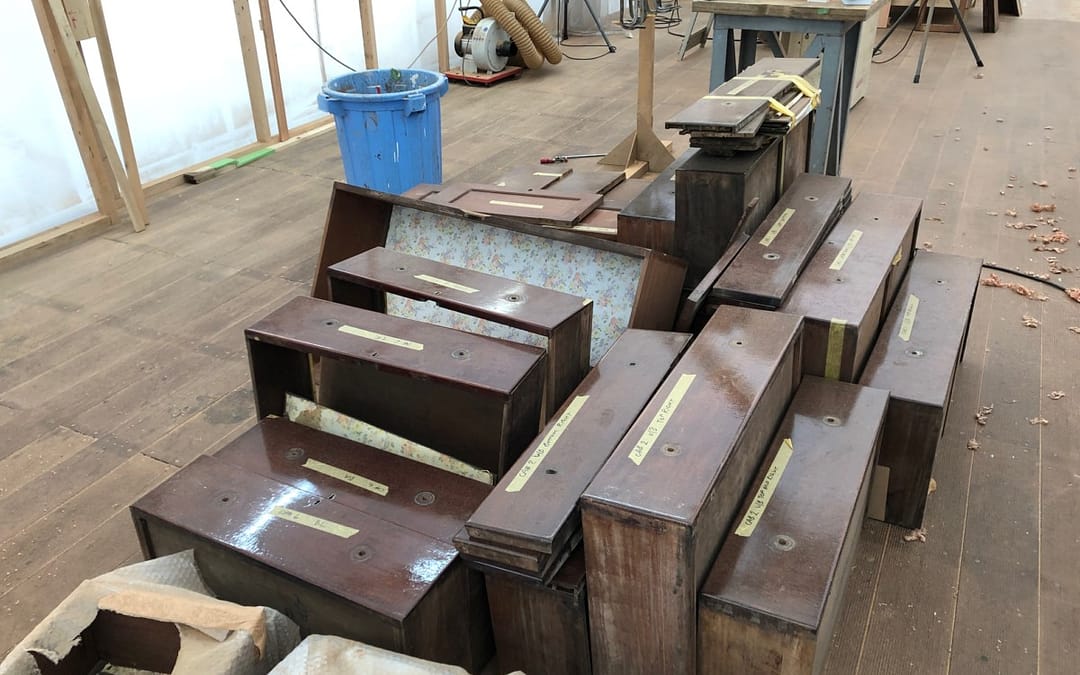 Most of the non-Japanese team members left Japan at the end of last month. The team now consists of Paul leading the Japanese carpenters and Chuck leading the crew in a sail training program.

These drawers have come out of storage after being selected for restoration. Others have stayed in storage and will not be used. Now we are working out which ones go where, and there may be some of these that end up not being used as well. 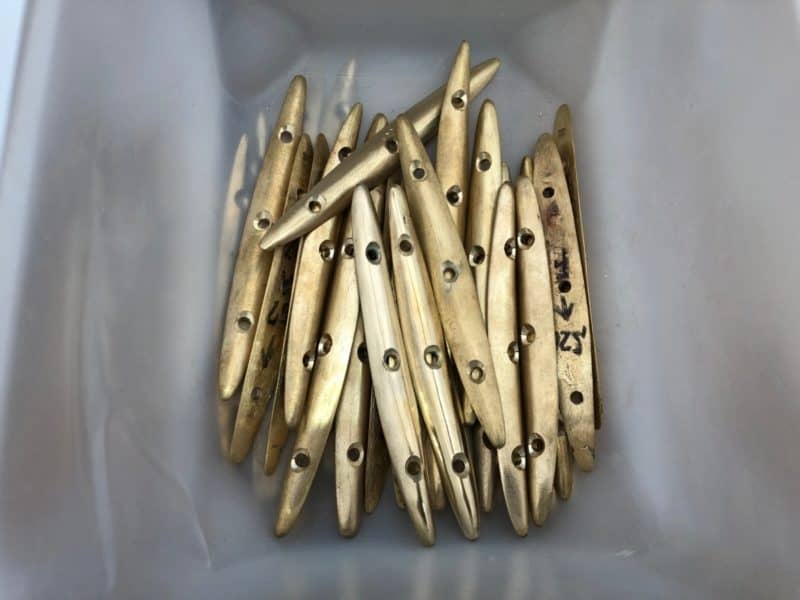 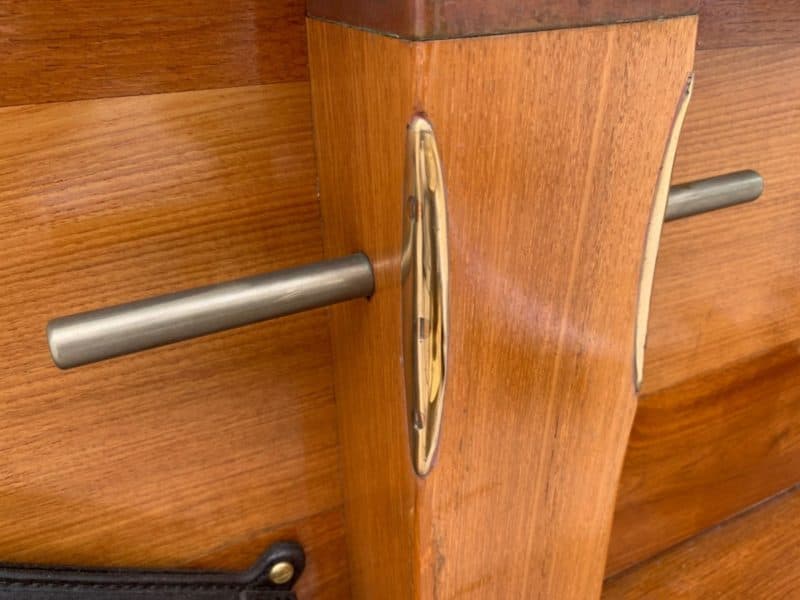 These bronze “chafe strips” or “rub strips” are installed on the stanchions that have a naval brass bar through them for securing ropes. They’re fitted where the rope rubs against the stanchion which would bite into the teak over time. They had to be installed even while sail training was taking place because it has been raining so much this year. 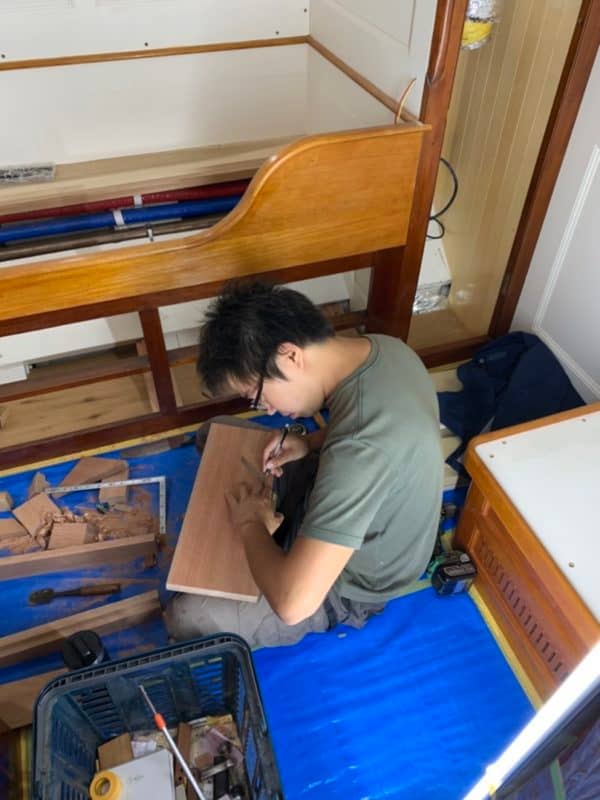 Toshi is fitting drawer slides and divisions under the bunk in the midship port cabin. 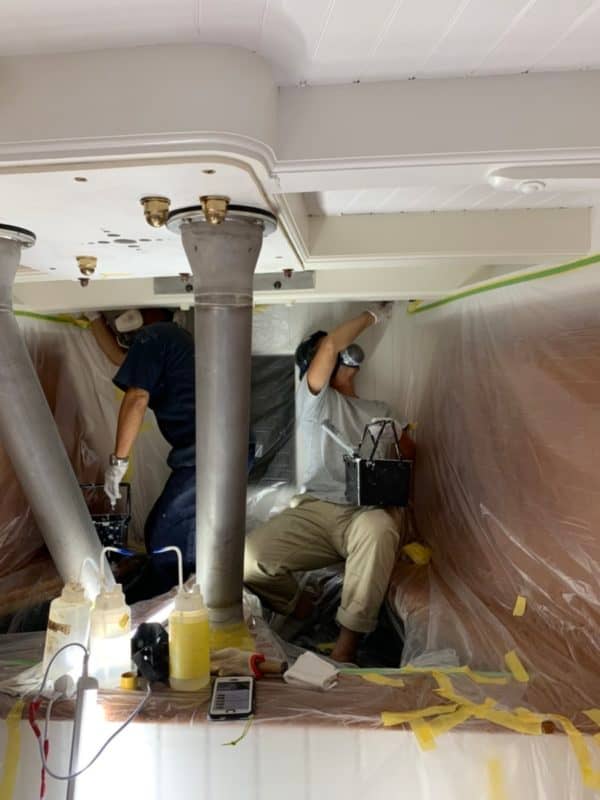 The entire interior is covered in translucent plastic sheets as the painting continues before doing all the finish work on the furniture. A second coat is being painted on the deck beams in the crew quarters, on top of the chain locker. The pipes in the foreground are the chain pipes.

Japanese carpenters are working on the interior following Paul’s direction. The precipitation during this rainy season has been heavier than most years, and the work schedule often has to be changed because of the weather situation. 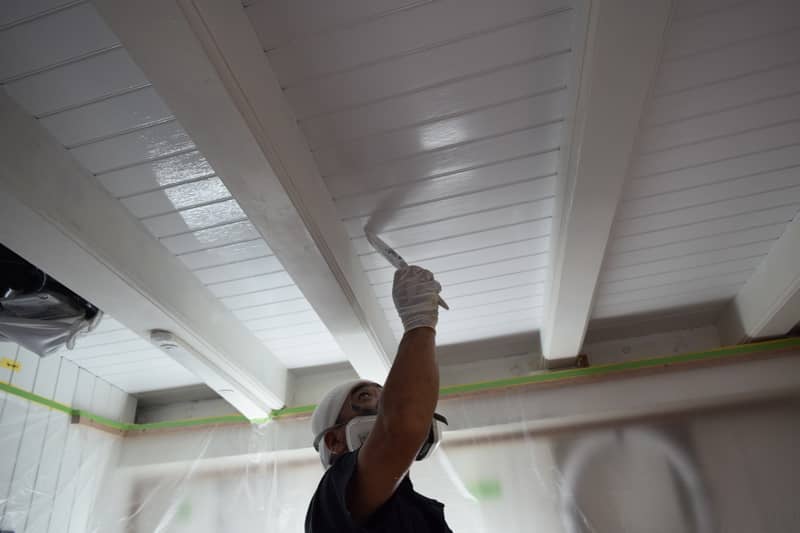 Another painting scene, this one of the galley ceiling. 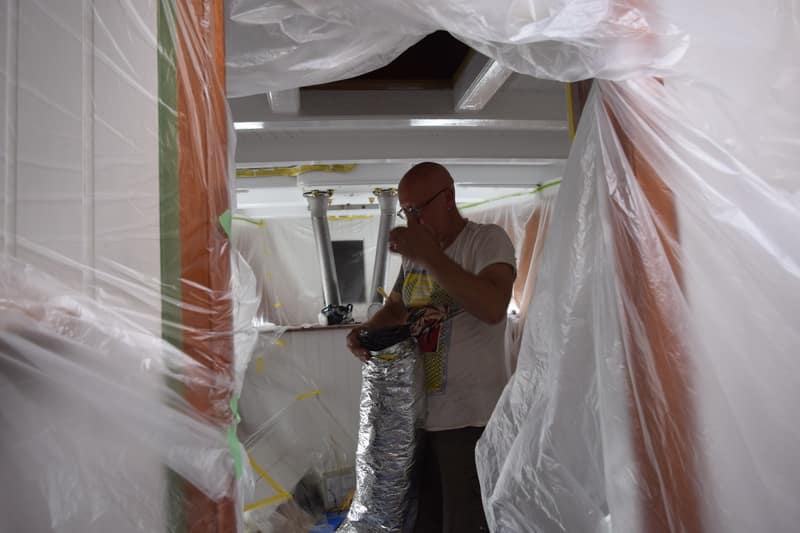 The air conditioning pipes are being installed and it’s just in time. The rainy season is coming to a hesitant end and temperatures are starting to rise with clearer skies. There’s still a lot to do on the interior and it would be stifling work without the air conditioning.