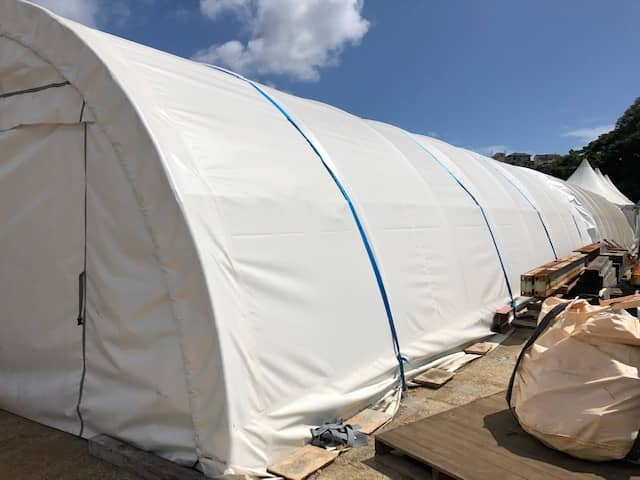 As Typhoon Faxai is approaching, most of the Japanese members of the team were intent on making sure everything was tied down or protected. The tents were lashed down (above) . . . 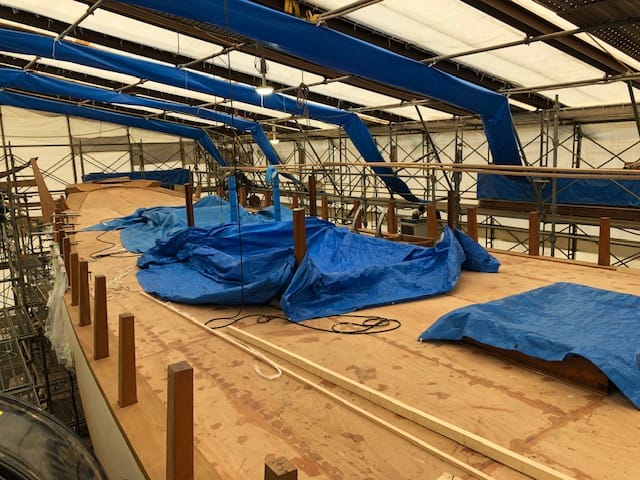 And vulnerable parts on the deck were covered. The whole joinery tent was emptied and put into storage and all of the machinery was moved out to safety. Paul said that it couldn’t be helped if the roof is blown off by a natural disaster. But he wanted to make sure that all the electrical parts were protected from water damage. 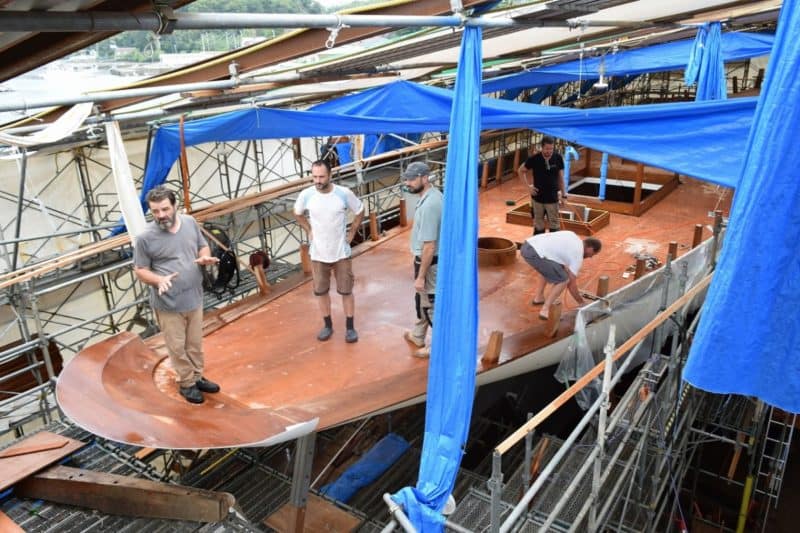 The winds of Typhoon Faxai tore off part of the roof and the horizontal curtain, but the damage was kept to a minimum by the harbor staff who were on duty. But lots of work had to be done drying and rebuilding the work area, checking for damage etc.

This all had to be put back as well as rebuild one of the joinery tents which had collapsed under the weight of water. Paul and other team members (above)checked the condition of the deck, which dried by the afternoon, and there was no serious damage. There was an electricity blackout today. With the onset of fine weather, Dan and Wada have begun work again on the masts. 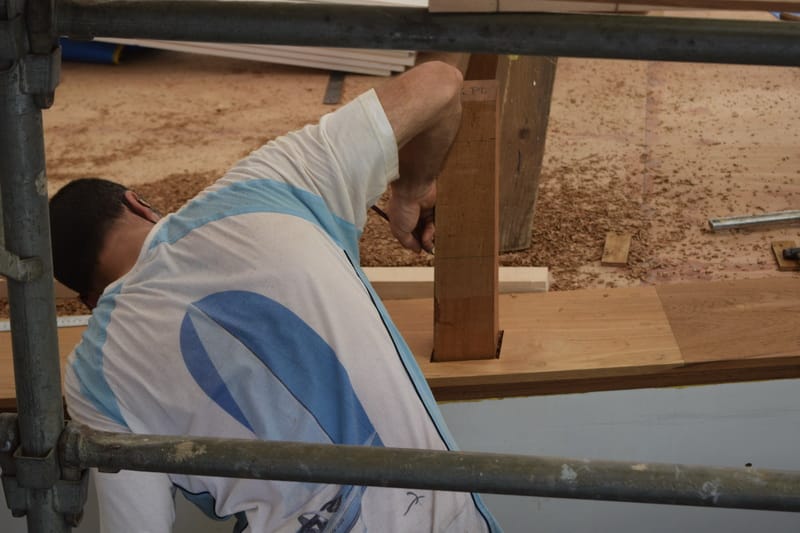 Richard and Nico are fairing the backs of the stanchions so that the washstrake will fit nicely. Daniel is focused on attaching mast hardware, fitting the spider band to the main mast. Ben, Richard, and Ian are still working on the plumbing. The production of the anchor chain locker continues at the prow. Nico and Paul are discussing the details of the installation of the large teak chocks that connect the last stanchion to the stern chock. 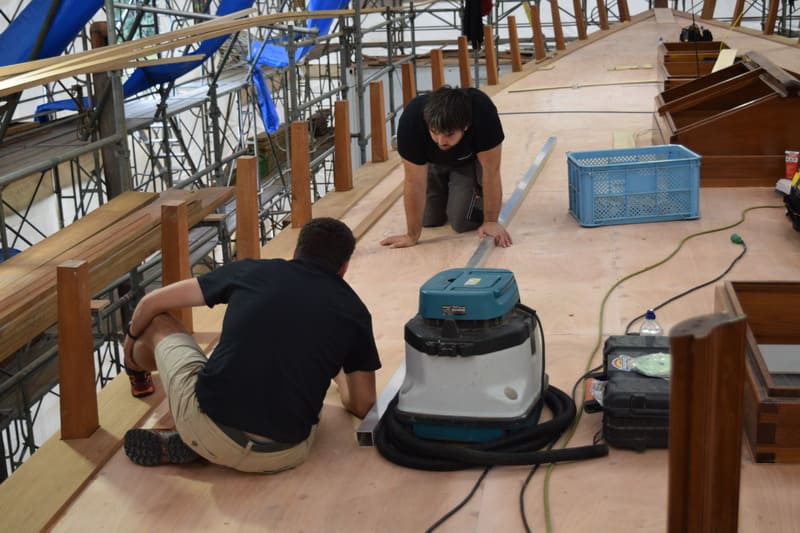 The deck craftsman who came to Japan yesterday started setting out the plank runs and checking for fairness. The sub-deck has been laid and is now being faired, which takes out any low or high spots where the plywood is joined. The fairing compound is a water-based epoxy that is very easy to sand and fair. The sub-deck will help to ‘stiffen’ the boat as well as saving on expensive and rare teak. This Oregon pine bulkhead creates the fore-peak where the forestay is anchored to the stem. This will be used for storage. The lower portion (in oak) is the beginnings of a chain locker. Ian is working on one of the stainless steel tanks below the sole bearers.

Hot and cold water piping is installed under the sole, or floor. The black piping is Copex, flexible electrical pipe to carry wiring. You can also see the numerous fuel lines, black and grey water pipes, breather pipes—which are basically the veins and arteries of the ship. Mike Moody, the boss of Centerline Marine in Southampton UK, who was brought in to lay the teak so that we could focus on other things. The teak deck is laid plank by plank, with each plank is bent to follow the curve of the hull. Original bulkhead framing is checked for fit. This piece will separate the main saloon from the galley. The hole for the mast can be seen at top.